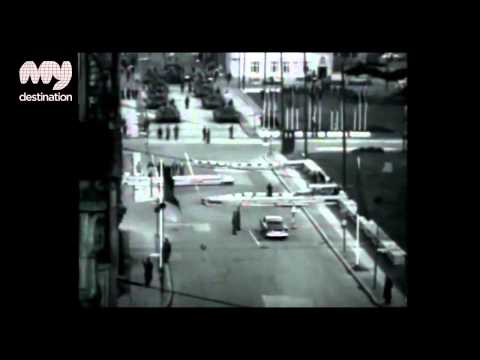 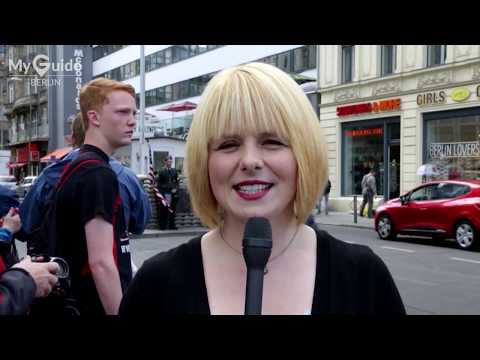 This is one of the Berlin Wall's most famous and notorious border crossings. Try to head there early morning to beat the crowds.

Checkpoint Charlie was for many westerners one of the most prominent symbols of the Cold War. It was the only checkpoint through which members of the allied armed forces were allowed to travel through the Berlin Wall and features in countless spy and adventure movies and novels set in the period. In 1961 it was the site of an intense week long standoff between U.S. and Soviet tanks which thankfully ended peacefully - read below for more info.

Checkpoint Charlie is one of the most visited sites in Berlin and unfortunately now resembles a bit of a 'Cold War Disneyland'.  There is a small recreation of the border-crossing hut where, for a few Euros, you can have your photo taken with actors in American military uniforms or get your passport stamped.   You will also find plenty of street vendors and shops selling souvenirs as well as a bunch of different food options including of course McDonalds and Starbucks.

But, even though the site isn't the most well preserved historic site in town we think that Checkpoint Charlie is still worth a visit.  Along Friedrichstraße you'll find a section of information boards with photographs and explanations of some of the key events which occurred in the area, as well as the Berlin Wall as a whole.  If you are looking for things to do, we suggest having a look at the amazing Asisi Panorama, the very interesting museum on the Berlin Wall: Mauermuseum - Museum Haus am Checkpoint Charlie, or the Black Box Cold War  Centre for an in depth look at the Cold War.  Also nearby is the Currywurst Museum for all things Currywurst, as well as the Topography of Terror, a fascinating free exhibition detailing the Nazi regimes reign of Terror.

So, perhaps you are wondering...... why is it called Checkpoint Charlie?

No, there was no-one named Charlie that had a checkpoint named after them if thats what you were thinking.  Checkpoint Charlie receives its name from the NATO phonetic alphabet for the letter C, it being the 3rd in a series of Allied checkpoints which non German citizens had to pass through to get from West Germany, to East Berlin.

The three checkpoints were:

The first crisis of the Cold War took place at this location, a crisis which could very well have sparked the beginning of World War Three.  It began on the 22nd of October 1961 over a dispute about whether guards in East Germany hat the right to scrutinize the documents of U.S. Diplomat Allan Lightner, who wanted to attend the opera in East Berlin.  The governing powers of Berlin at the time (Soviet, U.S., French, and British) had agreed to unrestricted access between the sectors for allied personnel.  An additional test to probe the border was made, this time in a clearly marked diplomatic vehicle which was then escorted over the border by US military personnel.  The following day a British diplomat was also stopped, causing outrage from the Lucius D. Clay, JFK's special advisor in West Berlin.

U.S Military Commander General Watson made contact with his Soviet counterpart to demand unimpeded access for allied personnel.  Soviet Commander Colonel Solovyev countered that it wasn't unreasonable to check the identity documents of people crossing the border and questioned the increased military presence at the location commenting 'We have tanks too. We hate the idea of carrying out such actions, and are sure that you will re-examine your course'

On the 27th of October another attempt was made, again with military personnel but this time with accompanying tanks.  The diplomat made it through the checkpoint, and the tanks began their return to base.  Shortly afterwards 33 Soviet Tanks positioned themselves at the Brandenburger Tor, with ten of them continuing on to stop on the Soviet side of Checkpoint Charlie.  The US tanks turned around and lined up on the US side.

The tanks, armed with live munitions, faced each other across the border from 5pm on the 27th of October 1961 until 11am on the 28th of October awaiting orders.  Thankfully through diplomatic channels, US President Kennedy and USSR Premier Khrushchev agreed to reduce tensions and remove the tanks, ending a tense situation which could have all too easily have escalated into war. 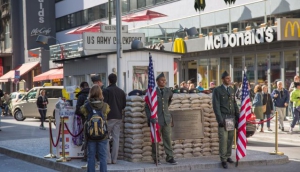 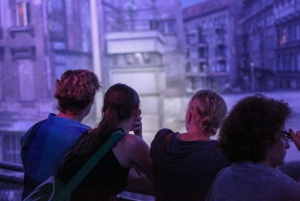 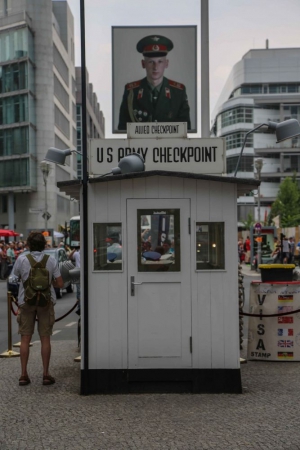 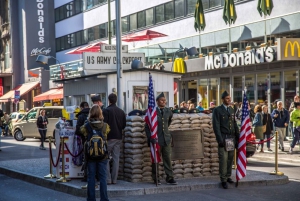 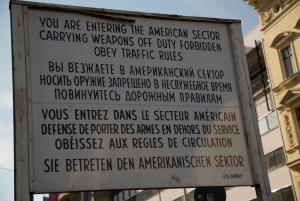 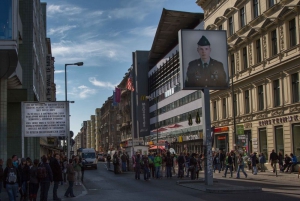 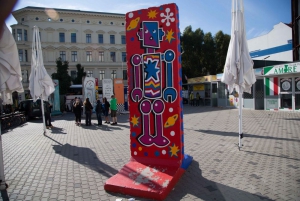 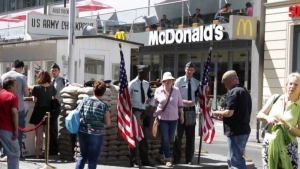