Want to Run Your Own
My Guide Website?
Find Out More
Double Click for Full Screen
MAKE ENQUIRY 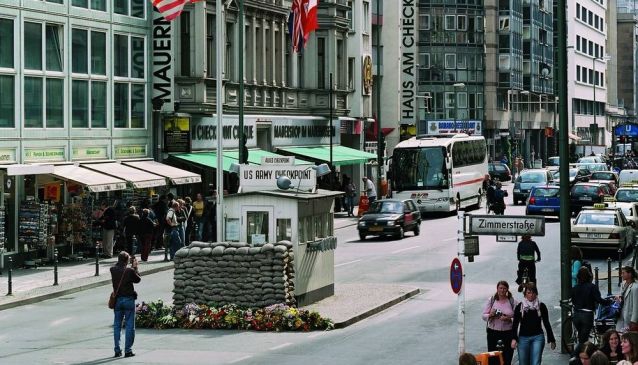 The Mauermuseum has heaps of information and can be a little hard to navigate so we suggest grabbing an audio guide to help out.

Located at Checkpoint Charlie, on Friedrichstrasse 43, Berlin's Wall Museum opened in 1962, shortly after construction of the Berlin Wall in 1961. Opened by the human rights activist Dr. Rainer Hildebrandt, the museum has been run by his widow, artist Alexandra Hildebrandt, since his death in 2004.

The main exhibition of the Mauermuseum remains focused on the Cold War, imparticular the events in Berlin, the circumstances leading up to the building of the Berlin Wall as well as many of the escape attempts.  Subsidiary exhibitions cover topics as diverse as Gandhi, Lech Walesa, NATO, and the struggle for worldwide human rights.

The permanent exhibit which offers guided tours for groups of up to 30 people as well as a self-guided audio tour, are available in English, French and German and pretty much all of the extensive information is presented in multiple languages, making this a very accessible exhibition.

A highlight of the museum are the various original artifacts used in many of the daring escapes over, under or through the Berlin Wall.  Cars, light aircraft, hot air balloons are featured, as well as several unique and ingenious methods are displayed.

The Museum shop offers unique gifts and the café invites visitors for light snacks and beverages. Be sure to check their facebook page too: https://de-de.facebook.com/CheckpointCharlieMuseum/