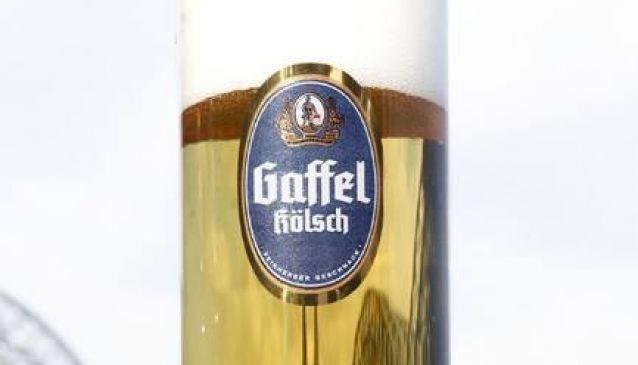 Cologne in Berlin? Of course! Cologne have their own brew of beer called Kölsch. A Kölsch is a bit less bitter than regular Pilsner and is traditionally served chilled in long thin glasses. Various brews of Kölsch are found all over Cologne but this tasty drop is hard to find out of town.  Here however, you will find barrels of the stuff, produced by one of Cologne's most popular breweries, Gaffel.  The also serve up traditional German cuisine which goes splendidly with a nice cold Kölsch.

The restaurant is spacious with long tables and bench seats, usual for a beer hall, or there are separate tables in corners if you want to be a bit more private but when it's full the restaurant has a loud and buzzing atmosphere where the waiters bring your next glass just as you finish your last. Where ever you decide to sit you will enjoy yourself in this little slice of Cologne.