The King of Berlin Snacks

Forget your Kebabs, Burgers, and Fried Chicken. In Berlin, the Currywurst is King!

If you’ve just arrived in Germany, the sheer variety of Sausage, known in the local tongue as "Wurst", can be overwhelming.  Bratwurst, Bockwurst, Krakauer, Frankfurter, Nürnberger, Thüringer, Weißwurst.  That is just a drop in the ocean of what can be found at various restaurants, markets, stands and festivals throughout the city.  Keeping track of all of them seems like it would require a masters in Sausagology.  In my opinion, you can forget all the others, because in Berlin the king of the sausage-based snack is “Currywurst”.
Well, what is it? I hear you ask (actually I can’t really hear you but I will assume at this point that this is the question you will be pondering).  Well, let me enlighten you... Currywurst is a fried pork sausage, cut into slices, slathered in a delicious tomato ketchup, sprinkled with a dusting of curry powder and served with either Pommes (French fries), or a Brötchen (bread roll).  More often than not it is served on a little paper plate with a cute mini plastic fork. 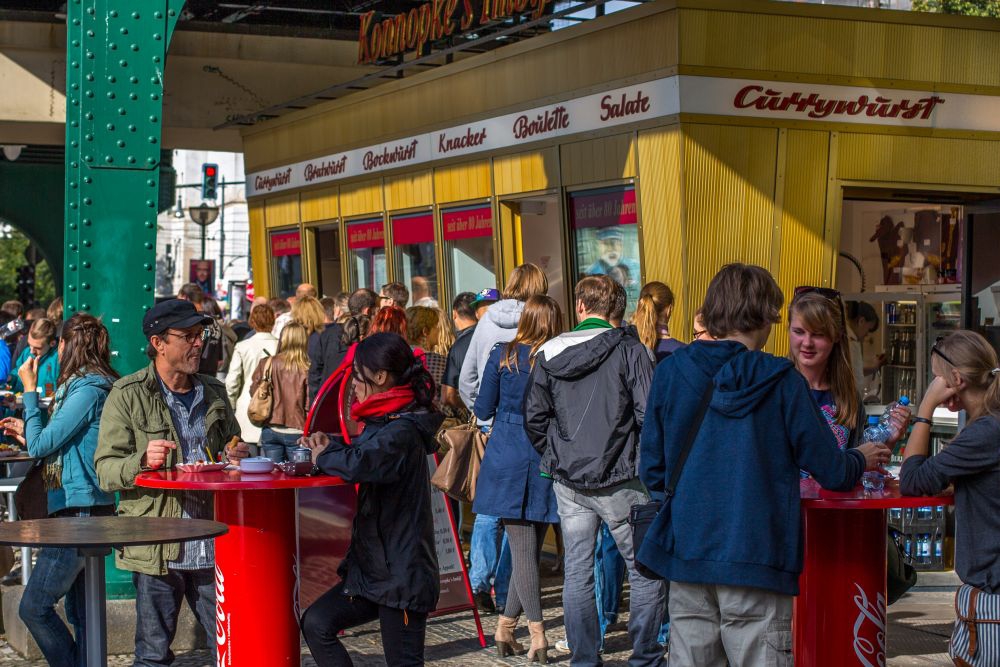 Invented in Berlin in 1949 by Herta Heuwer, the first Currywurst was made after she got her hands on some ketchup, worcestershire sauce and curry powder from British soldiers stationed in the area.  She mixed up the ingredients, poured them over a grilled pork sausage, and voila, one of the most popular snacks in Germany was born.  She sold her creation at her street stand in Kantstraße, Charlottenburg and at the height of her success was selling around 10,000 portions every week!  There is now a plaque at the site where her stand stood, commemorating her contribution to the culinary landscape of the country.  On the 30th of June, 2013, Google celebrated what would have been her 100th birthday by producing a Currywurst themed Google Doodle.  It is estimated that throughout Germany that 800 million servings of Currywurst are devoured each year! 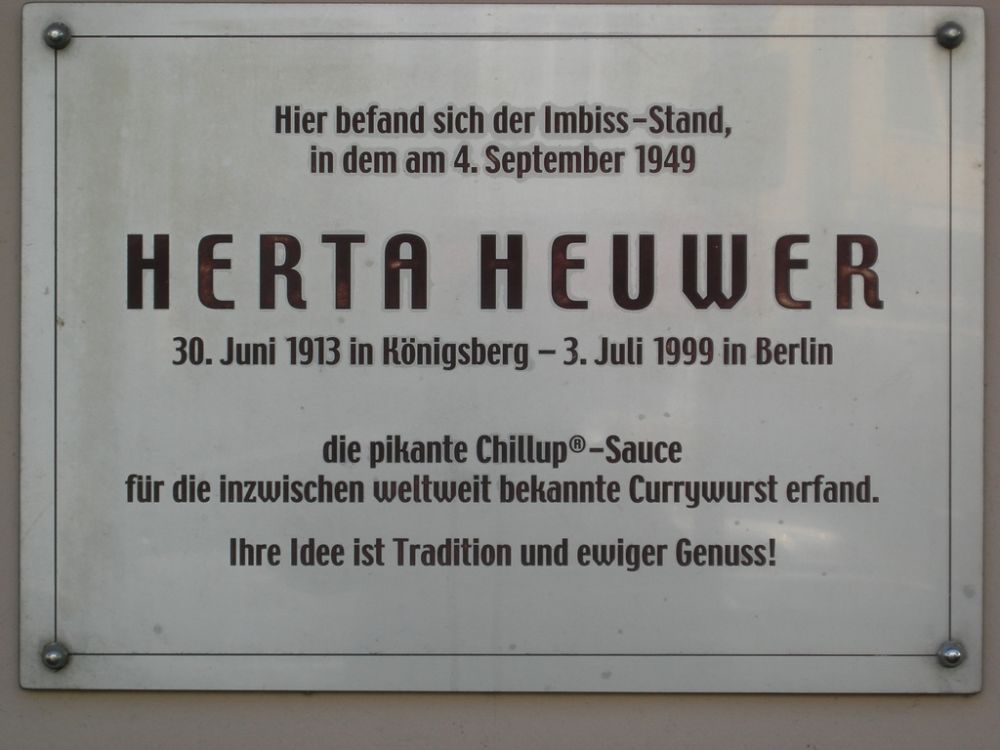 Most stands selling Currywurst use a special slicer to cut them.  It is quite enjoyable to watch them take your sausage off the grill and feed it into the machine, which gobbles it up and spits it out the other end all sliced and ready for its blanket of ketchup.  Although, even if they are all old school about it and use a knife, the end result is still a damn yummy snack. 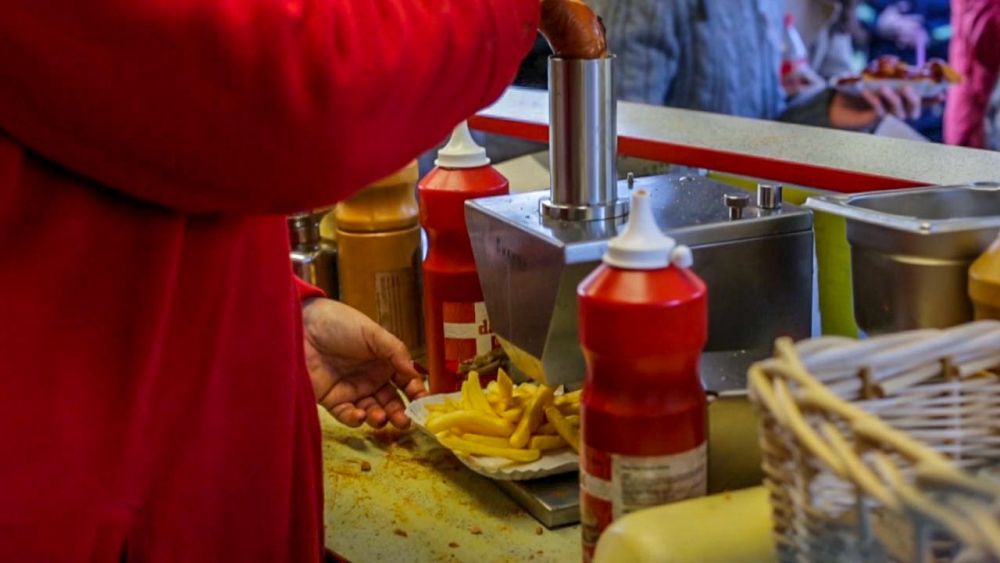 The Currywurst has become such an institution that in 2009 a museum dedicated to the snack was opened in Berlin near Checkpoint Charlie.  Here you can learn all about the history of the dish and its rise to fame as well as its ingredients in a fun, interactive exhibition.  There is also an on-site Currywurst stand offering a variety of different versions of the popular dish. 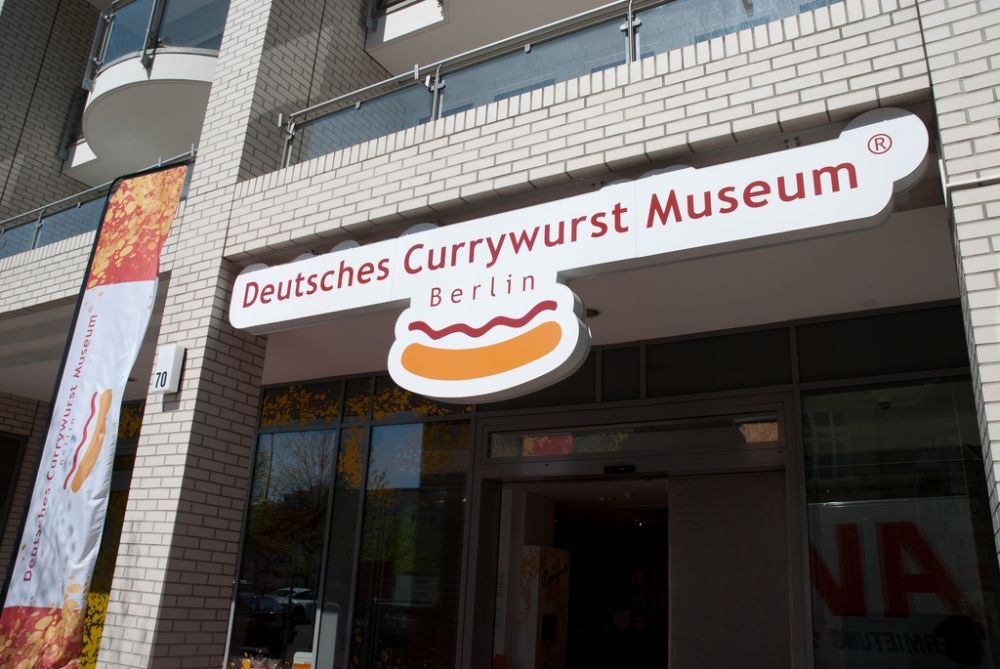