Now a wonderful public park, the Tempelhof Airfield has been making history since World War One.

Steeped in aviation history and deep controversy, the flat, sparse field now known as the Tempelhofer Freiheit was once a bustling Berlin air transport hub.

The Tempelhof district borders Schöneberg, Kreuzberg, and Neukölln, just 15 minutes south of Mitte on the U6. The airport land itself spans 282 hectares of beautiful, wide-open space, and the airport buildings stretch over 1 kilometre in length.

In 1909, pioneer Orville Wright achieved the unthinkable in the air above the iconic Berlin meadow: in his very own flight contraption he managed to suspend himself in the air for more than 60 seconds. World War I saw rapid advances in aviation technology, and the German airline Lufthansa took off from Berlin Tempelhof towards Zürich.

A disturbing dark side of Tempelhof’s history reared its ugly head during the Nazi era. An imposing terminal was built in record time by Nazi architect Albert Speer, encompassing the aesthetic that Adolf Hitler had in mind for his beloved “Germania”. From 1933 to 1936 a Concentration Camp known as Columbia or Columbia House was used to house mainly political prisoners – opponents of Hitler's new Nazi regime.

In 1945, while taking control of the airport, the Soviets bombed the entrance to a three story underground bunker that contained precious early aerial film material taken by Lufthansa. The bomb set the highly flammable celluloid film on fire, creating an inferno that could not be entered for a number of weeks. The charred and blackened walls of the “Film Bunker” are still visible today. During the Cold War the complex was used by the US Armed Forces as a military base, completing the departure terminal construction, expanding the buildings, and installing large-scale power and hot water facilities. The airport played a significant role in the Berlin Airlift of 1948/1949.

Tempelhof Airport flourished in the 1960’s and 70’s, as air travel became widely popular and some of the world’s most glamorous directors and actors used the complex for red carpet events. Once Berlin Tegel airport was completed in 1975 with its provisions for larger jets and longer runways, the Tempelhof passenger count declined rapidly, causing airlines to move their base of operations to Tegel, one by one. Talk of a major international airport in Berlin began in the mid 1990’s, and the government decided to cancel air traffic in Tempelhof. Despite opposition, closure took place in 2008, leaving a previously thriving transport hub abandoned and empty. 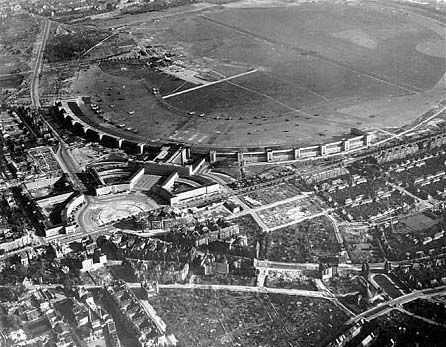 Berlin authorities announced in 2009 that the previously abandoned field would be re-opened the following year as a public park. The four square kilometres of sprawling meadow, protected as a historic landmark, were made available to the public, marking the Tempelhofer Freiheit as the largest park in the country.

Suddenly, the public space was bustling with life again: skateboarders, cyclists, personal trainers, kite surfers and joggers. The Berliner Kiteschule offers kite boarding and kite surfing courses on-site, and, in the warmer months of the year the park is filled with all manner of outdoor activities. Tempelhofer Freiheit remains enormously popular for open-air events, among them the renowned Berlin Festival.

The buildings remain standing, and today, guided tours will take you through some of the fascinating internal spaces. You can see Ernst Sagebiel’s stunning eighteen metre high entrance hall, railway tunnels, the air-raid shelter, film bunker, and ballroom. Enjoy one of the most stunning panoramic city views from the airport’s roof-top terrace. 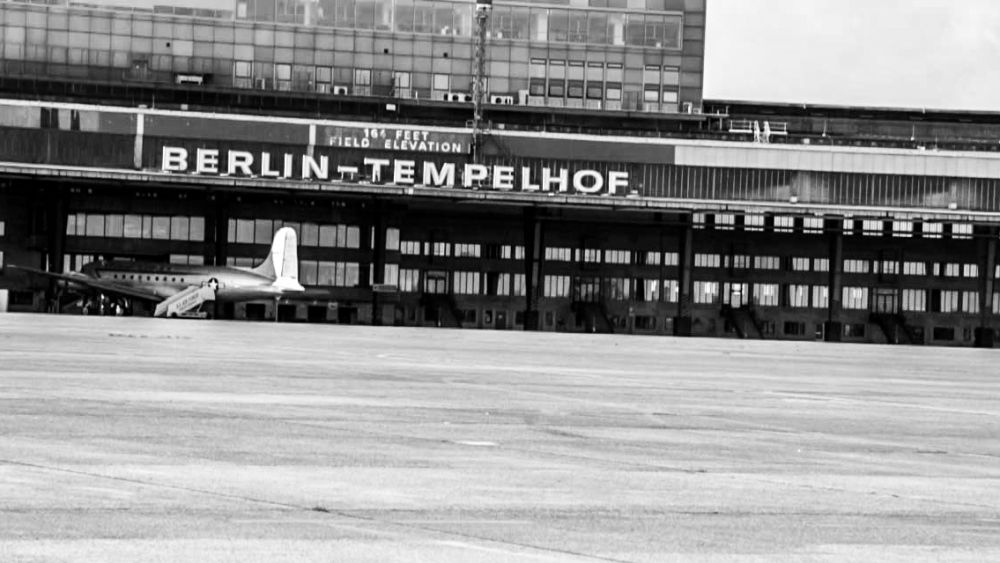 The future of Tempelhofer Freiheit was, for a time, uncertain. Major urban development was planned for the outskirts of the park, where up to 4,700 residential units were to be constructed to help manage the population boom in Berlin. Other development plans of office spaces within the airport buildings, city quarter investment, and urban park landscaping were also on the cards. However, investors and authorities have recently encountered strong resistance to the development plans, particularly from the organization 100% Tempelhofer Feld, who collected more than 185,000 signatures voting against the property development and prompting a popular vote on the issue.  On the 25th of May 2014 Berliners hit the polling stations and emphatically rejected the plans to build on the park...and so – the people have spoken, Berlin listens!

"The citizens have decided that everything stays as it is. And that's what we'll do." 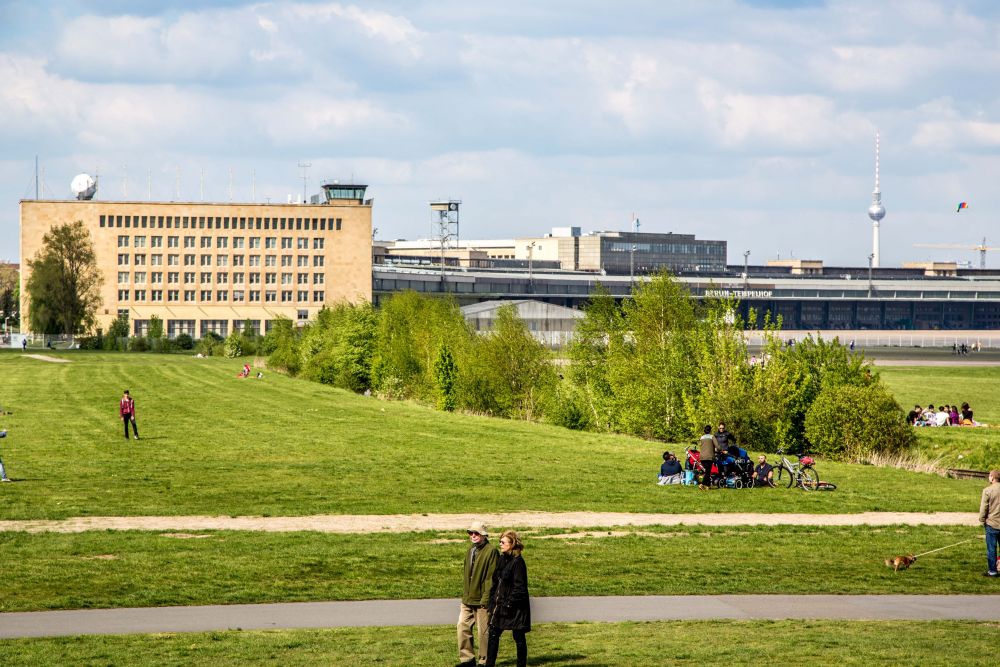