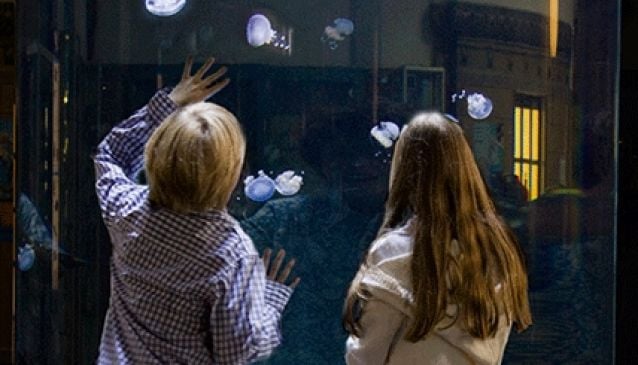 Zoo-Aquarium in Berlin is the largest of its sort in the entire country. Last year, it celebrated its 100th birthday - no mean feat, considering that it was completely destructed following World War II and carefully re-built in the 1950's.

While the building is old and beautiful, the inside is modern, with a wide range of large and small aquariums fitted with sophisticated lighting, housing all manner of colourful fish, sharks, coral, eels, and other sea creatures. Don't miss the impressive jellyfish collection!

If insects and amphibians pique your interest, Zoo-Aquarium has plenty of them too: snakes, spiders, ants, frogs, you name it. Grab a bite to eat at the café and you'll have a first-rate view of the lions across the way at the zoo. The Aquarium is open from 9am until 6pm every day of the year. Lots of S and U-Bahn lines are close by, and there's a car park nearby if you're driving.