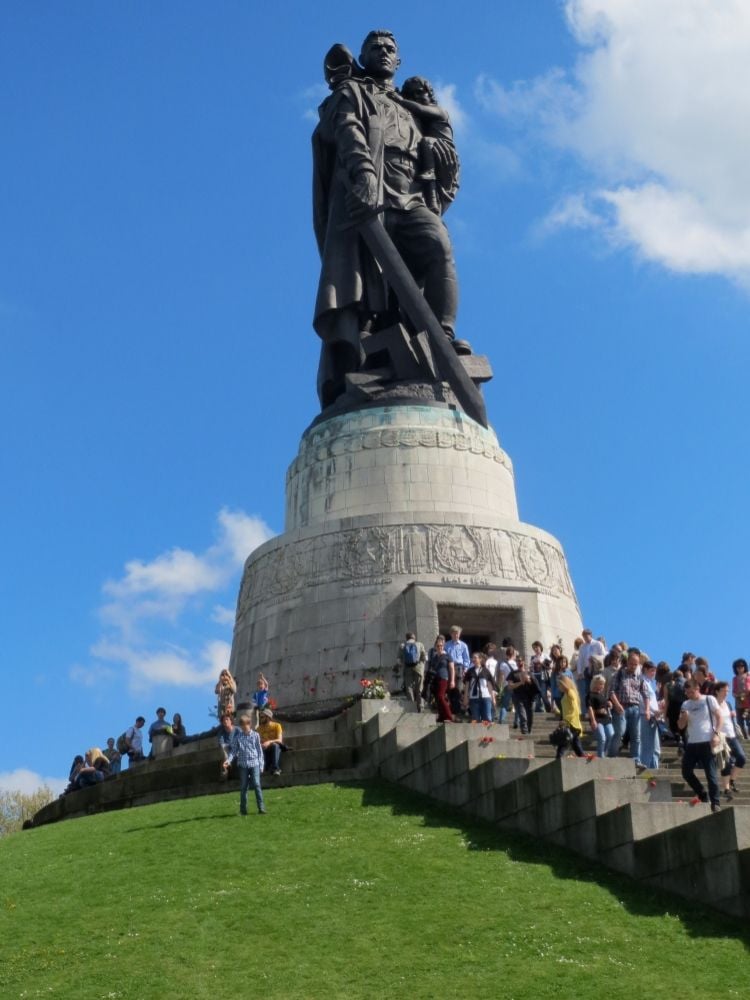 Regardless of your opinions on war, the Soviets, or communist propaganda, this is a great place to witness a truly impressive memorial to the many soldiers of the Red Army who lost their lives during the Second World War.

Located in Treptower Park, just outside Kreuzberg, the Soviet War Memorial is the largest of three memorials built by the Soviets in Berlin after the Second World War.  The scale of this memorial is truly impressive.  The focal point is a powerful 12 metre tall statue by Soviet sculptor Yevgeny Vuchetich.  It sits atop a hill overlooking the memorial and depicts a soviet soldier standing over a mangled Swastika holding a German child in his arms.  Flanking the statue are 16 Sarcophagi which represent the 16 Soviet States and are inscribed with war motifs as well as quotes by Josef Stalin.  Opposite the statue are two stylised Soviet Flags which are built, symbolically, of stone and marble taken from the destroyed New Reich Chancellery - Hitler's office.  At the entrance to the memorial is a small statue of a weeping woman, representing Mother Russia weeping for her lost sons.

More than 80,000 Soviet soldiers lost their lives in the Battle for Berlin and, along with memorialising their sacrifice, the Memorial is also the burial ground for around 5,000 of them.
To get to the Memorial, catch the S-Bahn to the Treptower Park station.  From there it is a 5-10 minute walk. 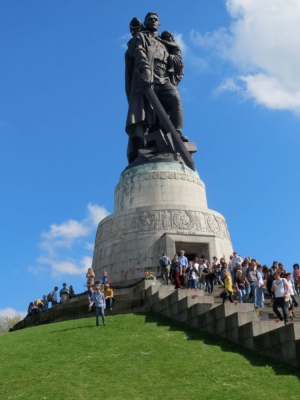 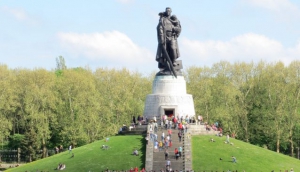 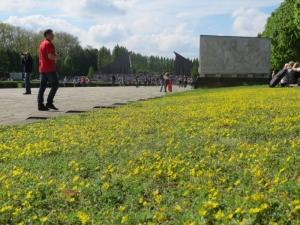