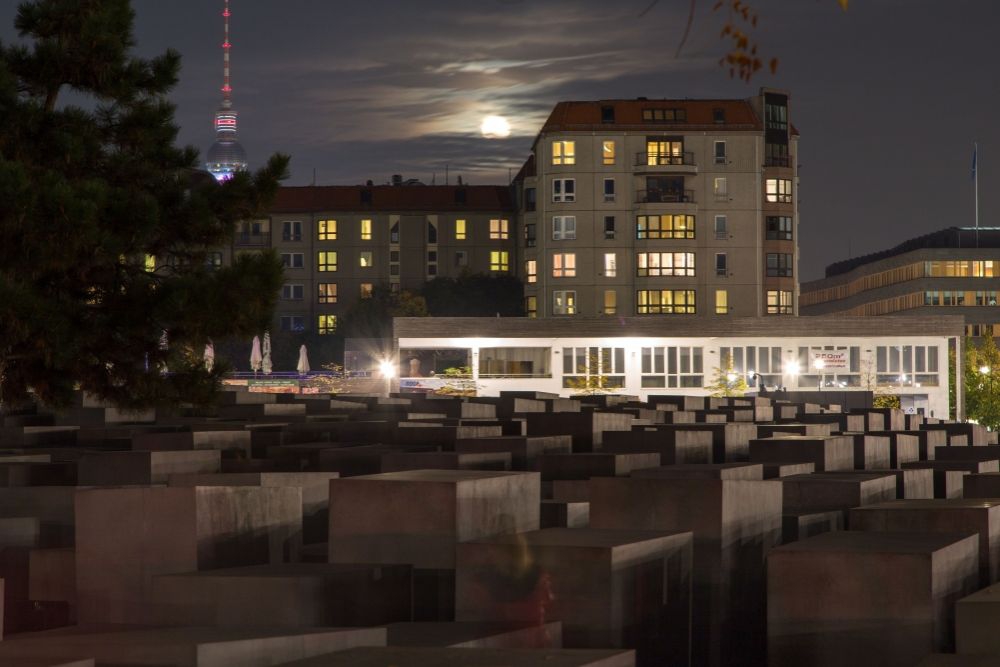 Memorial to the Murdered Jews of Europe

The memorial is best experienced alone. We suggest an early morning visit before the crowds arrive to fully appreciate the power of the memorial.

Located on Ebertstraße, 200m from the Brandenburger Tor, the Denkmal für die ermordeten Juden Europas, often referred to as the Holocaust Memorial, is a memorial to the Jewish victims of the Nazi regime.  The site consists of an Information Centre as well as the 'Field of Stele', a thought provoking memorial that is designed to be experienced rather than just viewed, and can invoke powerful emotional responses.

The memorial is made up of 2,711 concrete pillars, or stelae, set out in a grid pattern on an area of 19,000m2 (4.7 acres).  Each pillar is 2.38m x 0.95m and they vary in height from 0.2m to 4.8m.  Standing at ground level each of the pillars looks roughly the same height and it is only after entering the memorial that the height differences are apparent.  The ground undulates as you walk around the site, and it may seem like the pillars that surround you are growing and shrinking in height.

Interestingly, the memorial is devoid of any information on how it should be interpreted or what the designer, Peter Eisenman, had in mind when he designed it.  Rather, Eisenman allows you to form your own opinions on what it represents and how it makes you feel.

Also on the site is a free Information Centre that contains a wealth of information about the Holocaust.  It is divided into 8 rooms that each shed light on a different aspect of the horror inflicted on the European Jewish community between 1933 and 1945, with many personal stories and histories included.  We recommend visiting the Information Centre after a walk through the memorial.

The Field of Stele 24 hrs 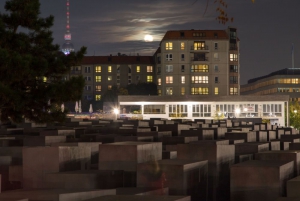 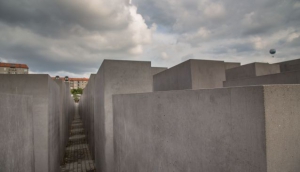 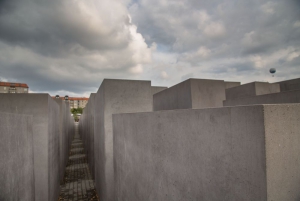