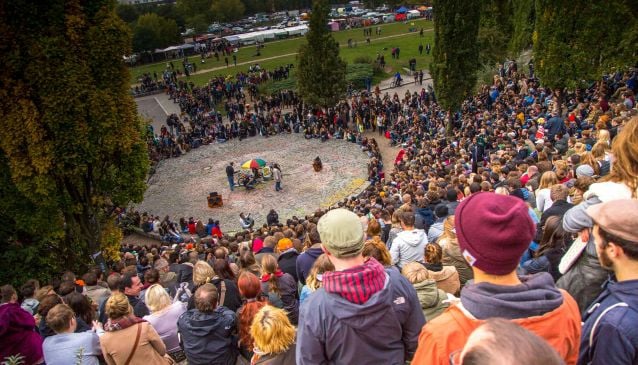 Mauerpark, which translates as 'Wall Park' is so named due to its location in the former no mans land of the Berlin Wall known as the death strip.  Atop the hill at the park you will find a section of the Hinterlandmauer, the wall on the eastern side, now covered with street art and graffiti.

The park is probably most well known for the amazing flea market that it hosts every Sunday from 8am till 6pm.  Here you will find all manner of treasures but beware, it gets pretty busy. If you don't like crowds we suggest getting there early.  There are also a number of great vood vendors so it's a great place to grab something to sit and eat in the park.

Another crowd favourite on a Sunday is the famed Bearpit Karaoke that runs from 3pm, an open air Berlin institution that has to be seen to be believed!