For a truly unique experience join a tour of this amazing abandoned park!

When Kulturpark Plänterwald opened next to the river Spree in 1969, the future in Berlin looked bright. The 29.5 hectares of forest land in Treptower Park border Kreuzberg and Neukölln, and were used to create a shiny new riverside amusement park. Water rides, carnival games, monuments, and an enormous ferris wheel followed, the only park of its kind in Berlin. Once the wall fell in 1989, the park continued under privatisation, then known as the VEB Kulturpark Berlin, under the leadership of Norbert Witte. 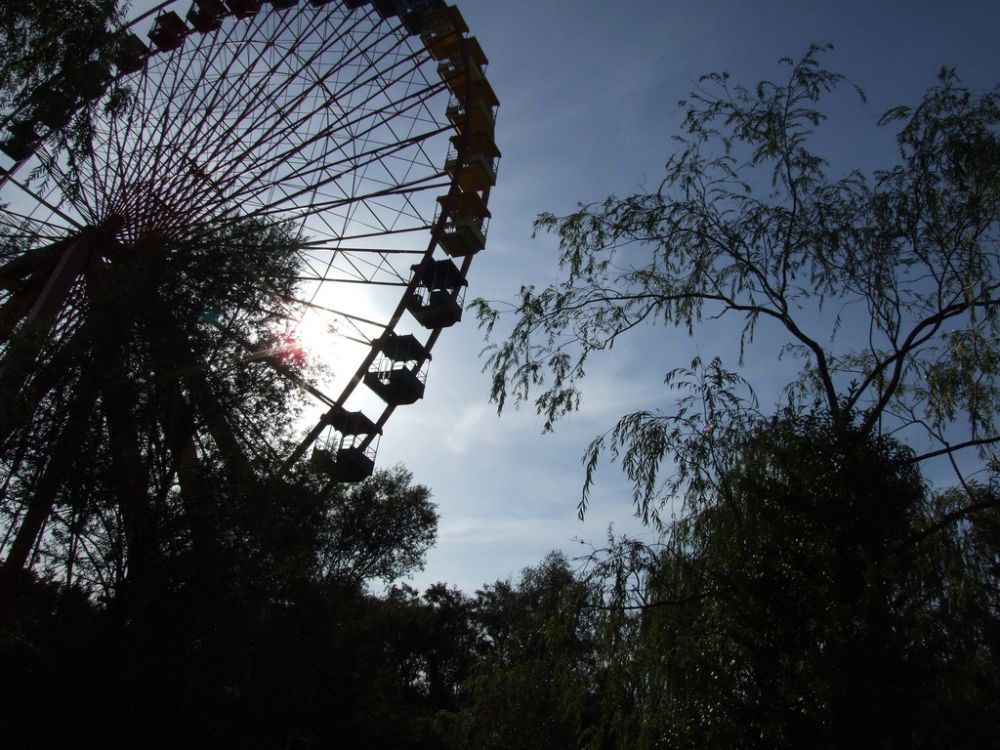 Drugs and Ride Theft in the Heart of Berlin

This change of ownership led to a series of events and scandals that wouldn’t be out of place in HBO’s TV series Carnivale: The park experienced significant financial trouble after the city council eliminated 3000 parking spots in an attempt to preserve the surrounding forest. Norbert Witte panicked and left, managing to steal and transport six full-size attractions from Berlin to Lima without ruffling any bureaucratic feathers. The family took off to Peru, where Norbert imagined starting a new amusement park venture with his stolen rides.

The women in the family, suspecting their Peruvian adventure would be short-lived, subsequently abandoned the Witte men in Peru and moved back to Berlin. Father and son were then arrested and imprisoned for smuggling 180 kilograms of cocaine inside the “Flying Carpet” ride, and Norbert Witte ended up living in a trailer in Plänterwald years later, and refusing to have anything to do with Spreepark. 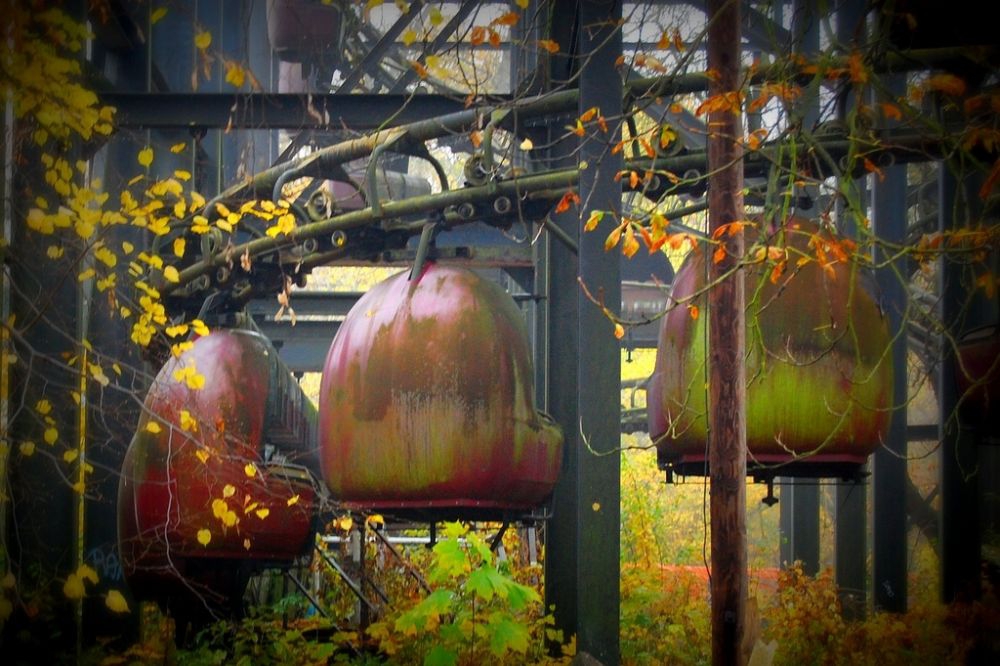 The Women Pick Up the Pieces

Norbert’s wife Pia and daughter Sabrina have put their best efforts into restoring what they can. In 2011, they opened Mythos, a small cafe near the park’s entrance, and began organising guided tours through the parklands. The Parkbahn (an adorable mini-train that traverses the perimeter of the amusement park) is now back in action, and the park is commonly used as an entertainment and function venue and film set location.

The rusting panels, fallen dinosaurs, and decaying bridges may cause some workplace health and safety hurdles for the general public, but they have proven popular with bands who particularly enjoy making ethereal music videos in the mists that surround the fallen attractions. The production team for the 2011 film Hanna used the grounds for one of the scenes. Despite tight security, sneaking into the park in the dead of the night remains a popular pastime for curious locals and visitors. Every now and then, somebody decapitates a stegosaurus and steals away in the night. 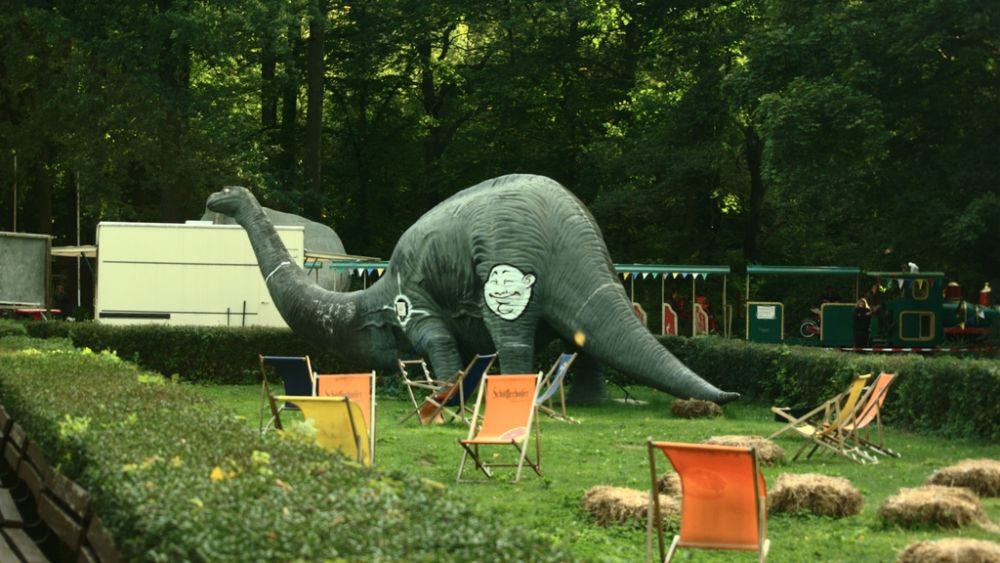 Plenty of investors have shown interest in purchasing and doing up Spreepark, but the bureaucratic and financial hurdles are enough to deter most. A foreclosure attempt failed in 2013. Events continue to thrive, attracting thousands of visitors. The Witte family has ideas for the future, but for now, the park remains relatively lifeless and completely fascinating. Fallen dinosaurs lie broken in the forest, derelict cars sit silently on tracks leading nowhere, and the ferris wheel spins with the wind, slowly and eerily in the distance. 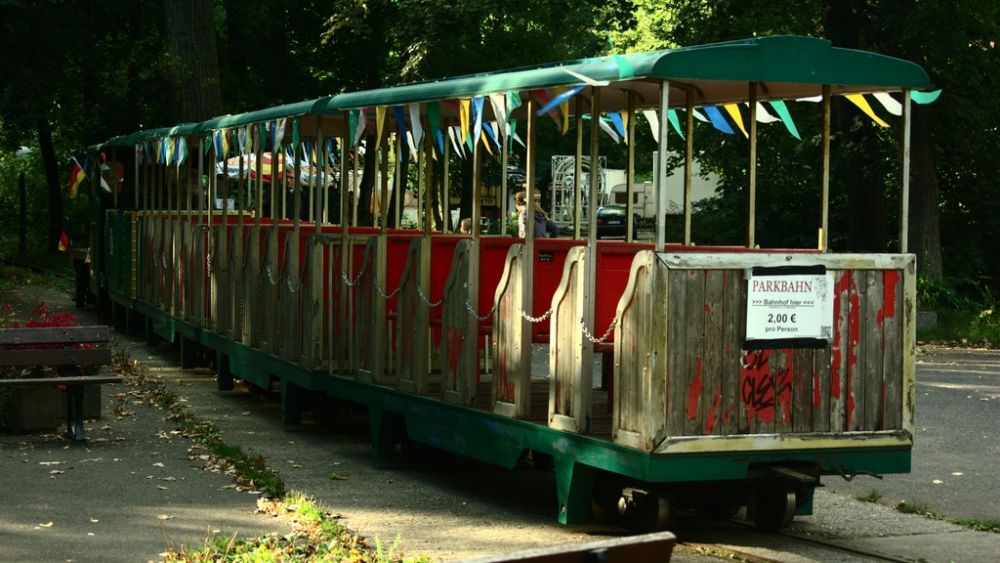