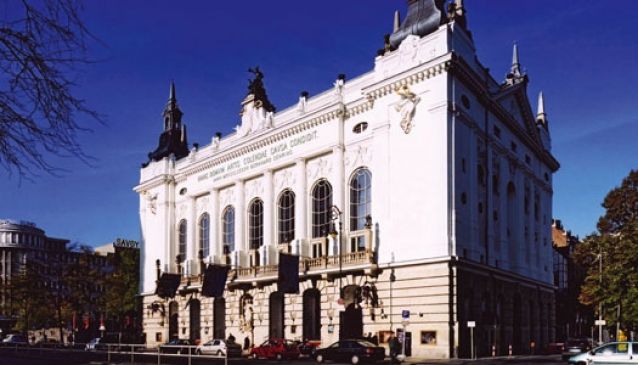 This beautiful old theatre hasn't lost any of its medieval and Renaissance charm, despite suffering through the occasional theatre fire, bankruptcy, and destruction during World War II. Renovated and re-opened in 1985, this is where Berlin's musical theatre crowd gathers to enjoy the atmosphere and to experience amazing musicals, among them Les Miserables, Guys and Dolls, and more recently, Dance of the Vampires.

Even if you don't invest in a couple of tickets, it's worth a visit just to see the breathtaking foyer, decked out in ornate gold and white with spectacular chandeliers overhead.

For most of 2014, Theater des Westens is showcasing Gefährten (War Horse), a smash musical hit that has already reached London, Broadway, and Canada. The incredibly moving story follows the friendship between a young boy and his remarkable horse. It's all sung and spoken in German, but hey... music and drama transcend all borders!