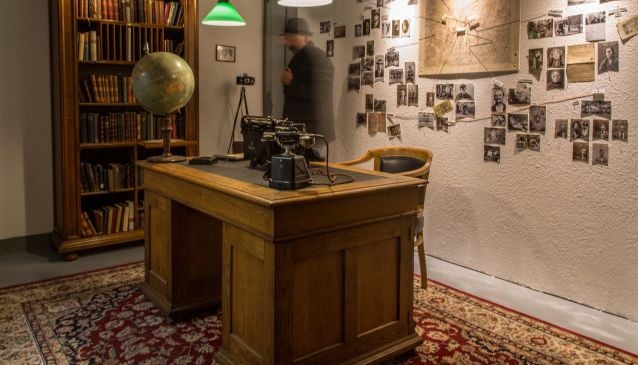 Launched in 2014, 'The Room' is quite simply, an outstanding example of the live room escape game.  Their games have been set up with a passion and experience which is second to none.  Upon entering you will be immediatly transported to to another world, with everything from the quality of the set design to the specially composed soundscape ensuring a truly immersive experience.  Reviews of The Room consistantly mention the amazing attention to detail as well as the friendly and engaged staff - which we can wholeheartedly confirm.

The Room has decided to concentrate on themes which encapsulate Berlin's rich history, making for an extra special experience for visitors looking for something more than a generic Prison escape or disarm the bomb spiel.

Prices start from 35€ per person for 2 player teams, becoming cheaper the more people you have, with games for 5 players costing a very reasonable 26€ per person.

Go West
Set in East Berlin before the fall of the Berlin Wall, you want to escape to the West in persuit of a better life.  Can you make it out before the Stasi catch you?  Go West is a great game for families as well as people playing an escape game for the very first time

The Beast of Berlin

In this game you will be transported to 1920's Berlin.  Police Commisioner Ernst Gennat needs your help to solve the disappearance and suspected murder of his beloved secretary.  As the name of the game suggest, this one can get a bit creepy and is not for the faint hearted.  Players must be over 14 years old to play this one.

The Lost Treasure is a masterpiece of game design and immersive entertainment.  An Indiana Jones inspired adventure that is consistantly featured at the top of lists of the best games in world by bloggers and enthusiasts.  This game is perfect for anyone who loves adventures or dreamed of discovering and exploring secret locations. 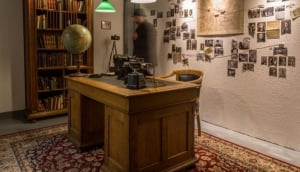