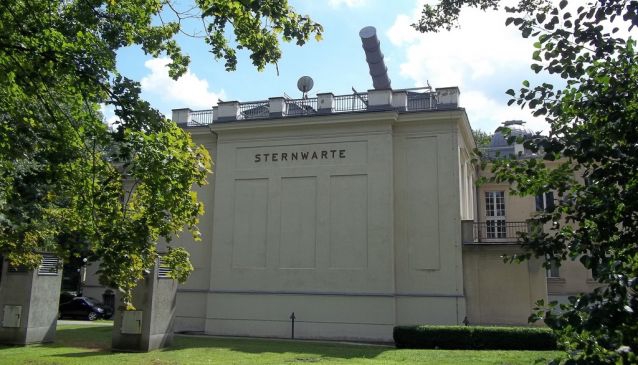 Directions to The Archenhold Observatory

The Archenhold Sternwarte (Observatory) is not only the oldest observatory in the country, it's also the largest. And quite probably the coolest. On the roof, there's a massive refracting telescope measuring 21 metres long and weighing approximately 130 tonnes. Plenty of other observation equipment, such as astrographs, reflecting telescopes, and the 'Jensch coelostat' will keep you entertained. There's a small planetarium too, where you can gaze upwards at the eight metre dome with projections of the sky above.

For the kids, there are fun and fascinating children's programmes, and the lectures, tours, and observation sessions are great for all ages. You can get a family of four in for 10 EUR, which is a steal. Just take note of the very specific opening times: Wed-Sun from 2pm til 4:30pm, and public guided tours on Thursday at 8pm.