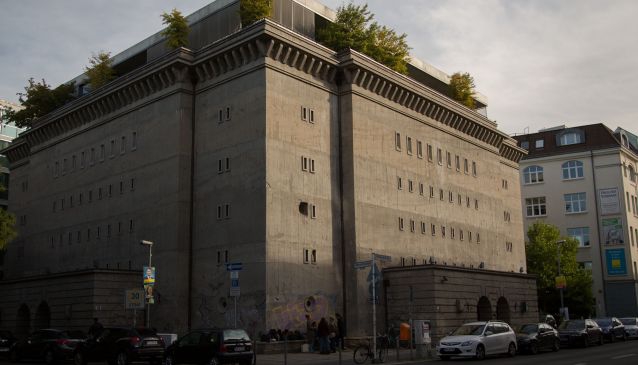 Located on Reinhardtstraße, a fairly unassuming street in Berlin Mitte, is the hulking building now known as the Boros Bunker.  Built in 1943 by the Nazis as an air raid shelter, the bunker has had various uses over the years before being bought by Christian Boros and converted into a gallery space to house his private collection of contemporary art.

The first exhibition opened its doors in 2008 and since then there have been a number of different exhibitions.  The only way to visit is by guided tour, which must be booked on their website and are held in German and English. The tours are often booked out weeks in advance so we suggest booking a spot early if you want to visit.  A tour takes 1.5 hours and leaves every half an hour.

We highly recommend attempting a visit of the Boros Bunker,  it is a fascinating building housing an incredible art collection.