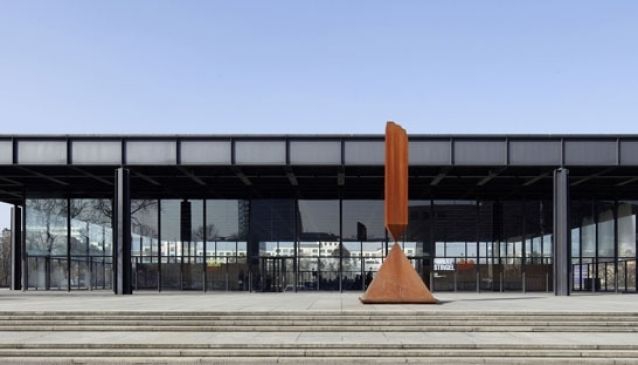 2015 marks the beginning of a four-year project of refurbishment and modernisation of the Neue Nationalgalerie. Since it opened in 1968 almost 50 years ago no major work has been done on the building As refurbishment cannot take place during opening hours, the museum will be closed for the duration of works.

Despite having a wide range of pieces on show, the main attention of the exhibitions falls on Cubism, Expressionism, the Bauhaus and Surrealism.

The nearby public transport stops are Potsdamer Platz on the U-Bahn and S-Bahn, and several bus stops.

The museum is closed on Mondays, and open from Tuesday to Sunday between 10am and 18pm. Admission is €8, with concessions available for students, children and seniors.