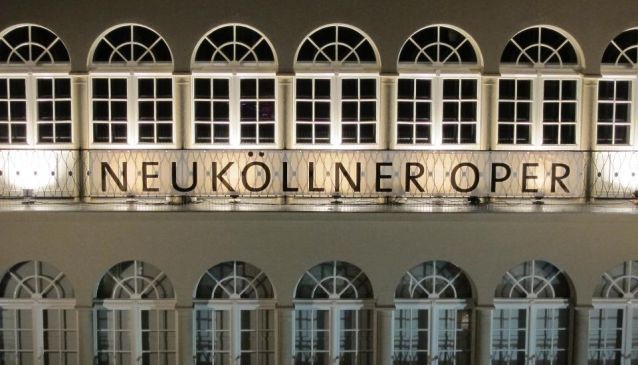 The mayor of Berlin once referred to the Neukoellner Oper as 'Berlin's fourth opera house', and this remains true today. The privately run theatre puts on around 11 productions annually in its Neukölln home on Karl-Marx Street. Many of these productions are premieres; in fact, the Neuköllner Oper has ben responsible for an impressive 160 premieres in its 36 years of operation.

It's not just opera you'll hear, but also operetta and musical theatre, often infused with current affairs and loads of intelligence and humour. There are also crossover projects, featuring theatre, dance, puppetry, and instrumental music. The performances aren't designed to cater for elite tastes, they're meant for a much wider audience. For example AirRossini, produced in 2013 and early 2014, was a cheeky look at the Berlin airport scandal based on Giacomo Rossini's Reise nach Reims.