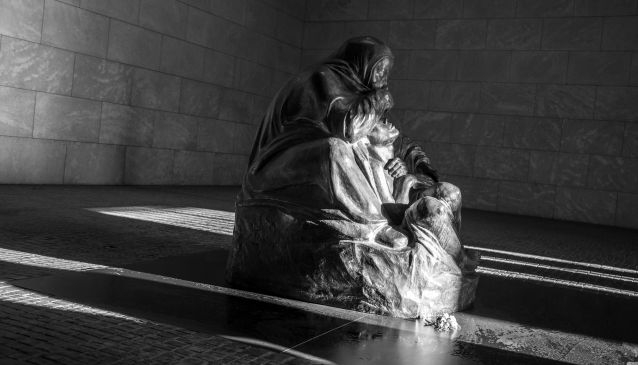 Dating from 1816, the building was designed by renowned architect Karl Friedrich Schinkel and was originally used as a guardhouse for the troops of the Crown Prince of Prussia.

The original design was conceived as a memorial to those who had fallen in the Napoleonic wars After World War II the building was in East Berlin and in 1960 opened as a Memorial to the Victims of Fascism and Militarism, and included the remains of an unknown soldier and of an unknown concentration camp victim. After reunification, the building was rededicated as the 'Central Memorial of the Federal Republic of Germany for the Victims of War and Dictatorship' in 1993.