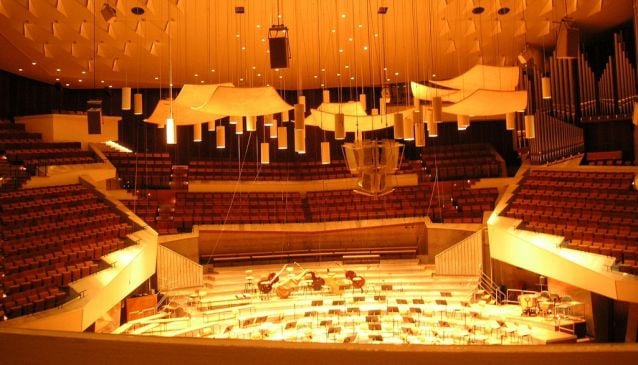 In 2008, Gramophone tasked a group of the world's best music critics with compiling a list of the worlds best Orchestras:  The Berliner Philharmoniker came in second.  Since 2002 the orchestra under, under chief conductor Sir Simon Rattle, has won a swag of awards such as Grammys, BRIT awards, Gramophone awards and more.

Along with their chief conductor, the orchestra is also joined regularly by world renowned conductors and soloists.  Put simply, if you enjoy classical music and you are in Berlin, a concert at the Philharmonie should be at the top of your things to do list.

The Philharmonie, which opened in 1963, is located within walking distance of Potsdamer Platz, and is as well known for its stunning architectural and acoustical properties as it is for the quality of its orchestra.  Tickets can get pretty pricey, particularly for some of the more well known soloists, however there are also affordable options available.  One treat is the lunchtime chamber music concert series held free of charge in the foyer of the Berliner Philharmonie every Tuesday at 1pm. 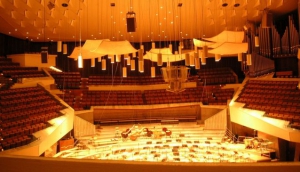