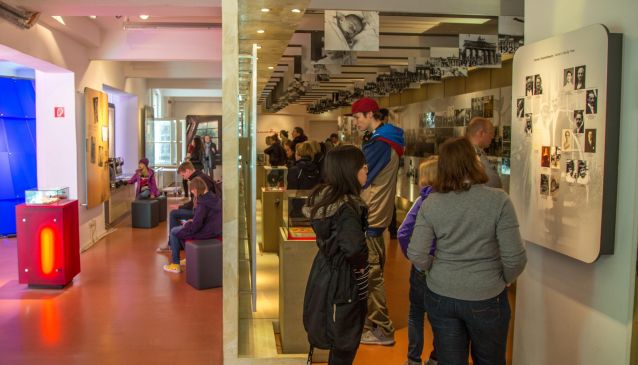 The exhibition, 'Anne Frank.  here & now.', located in the courtyard of Rosenthaler Straße 39 near Hackescher Markt, provides an insight into the life of Anne Frank.  A wealth of photographs, along with letters, and diary exerpts give a rounded impression of the girl who would write the most read diary in history.  Keeping the events current, there is also an exhibition featuring young Berliners dealing with current questions of identity and discrimination.

Translated into over 60 languages and read by millions of people around the world, The Diary of Anne Frank stands today as a symbol of the Holocaust.  After Hitler's rise to power in 1933, Anne Frank's family relocated to Amsterdam.  After Germany's invasion the family hid in the rear annex to a building and on her 13th birthday Anne received the blank diary where for two years she documented her thoughts, hopes and dreams.  After her hiding place was betrayed she and her sister were transported to the Bergen-Belsen Concentration Camp where she died shortly before the war's end.