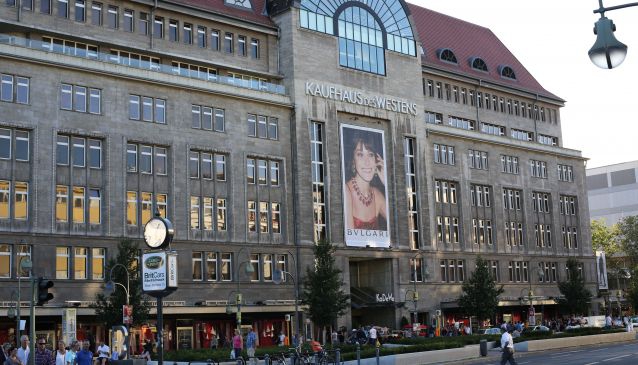 The Kaufhaus des Westens (Department Store of the West) first opened its doors in 1907 as the leading shopping centre in the country stocking goods from around the world from Paris fashion to exotic foods.  The store was an immediate success with Berliners lapping up this new style of shopping luxury; the first of its kind in the city. In 1933 the Jewish owners were forced to sell the building by the Nazis and in 1943 a plane crashed into the building and nearly burnt the whole thing to the ground. After the war, the building became a symbol of new beginnings and re opened its doors to over 180,000 Berliners in 1950.

Today, KaDeWe is the largest department store in continental Europe and is still known for its fashion, service and gourmet produce from around the globe on seven floors of decadence and architectural glamour.  The 6th and 7th floor are famous for their range of gourmet produce available and throughout the rest of the store you'll find men's, women's and children's fashion plus a range of services including, tailors, hairdressers, nail and beauty salons.

KaDeWe also has an online shop, but if you're in Berlin it is definitely worth a visit, even if just to browse.