Look for the blue and white for a stein of beer and a large pretzel to enjoy Oktoberfest 2018.

A lot of travellers to Berlin assume Oktoberfest is a German celebration of beer in giant glasses, busty women in blouses and rather salty pretzels, and itâs safe to say theyâre only half right.
Oktoberfest comes from Munich, which is a city in Bavaria, which is a region of Germany. So itâs not so much a âGermanâ thing as a âBavarianâ thing and like many other cities around the world, Oktoberfest in Berlin is celebrated in the Bavarian âstyleâ of beer in giant glasses, busty women in blouses and deliciously salty pretzels. Running for around 16 days from the end of September to the beginning of October, you might be wondering where the best places are to find this carnival of blue and white tablecloths and a lederhosen or two? Well, Iâm glad you asked. Here is a run down of some of the great, large, marquee style places to go to celebrate this beer festival in Berlin - the 68th Oktoberfest!
Image Â© Simon Greig 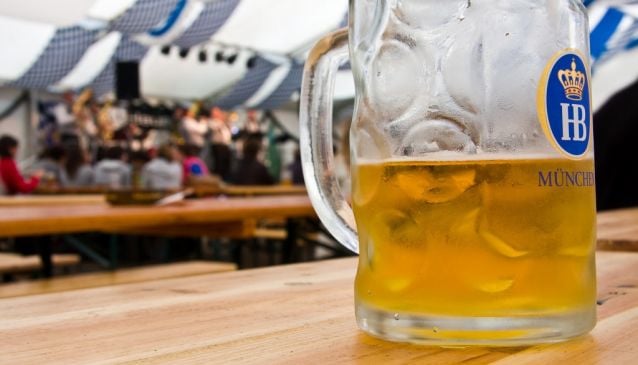 Oktoberfest at Schumacher-Damm
Mon, Tue & Thu: 3pm - 10pm
Wed: 3pm - 11pm (FAMILY DAY!)
Fri & Sat: 3pm â 12am
Sun: 12pm - 11pm
Kurt-Schumacher-Damm, 13405 Berlin, Germany
Berlinâs largest Oktoberfest celebrations are held at the central fairground at Kurt-Schumacher-Damm in right next to Tegal airport.
Regarded a family folk festival, this carnival style shindig has lots of fun activities for young and old. Rides and games, live bands and a DJ, but most of all, a ruddy great big tent which is kitted out in the most traditional of Bavarian decorations and sponsored by the traditional Bavarian beer Paulaner, thus itâs named the Paulaner Marquee.
Running from 21 September to 14 October 2017, there is free entry, and on 'family day' the carousels and train rides are half price!
Image Â© Zentraler Festplatz FB 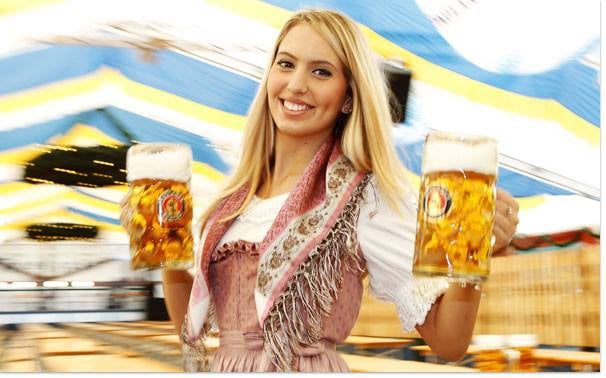 Live brass bands are a speciality at Oktoberfest throughout one Oktoberfest weekend Britzer Garten will have brass instruments coming out the wahzoo, with traditional bavarian band Ã-ha, and specialty act "Fire and Ice" performing: Jodel Moni and Felix playing the glockenspiel and traditional yodeling. Plus, all the good Bavarian food weâve come to know and love like WeiÃwurst (white sausage) and fresh Haxân (pork knuckle). September 22nd and 23rd, the spring and summer flowers will have gone by Oktoberfest but these gardens are a still a beautiful location for some outdoor celebrating by the lake.
A small entry fee of â¬2 will get you into the gardens.
Image Â© oeha-band.de 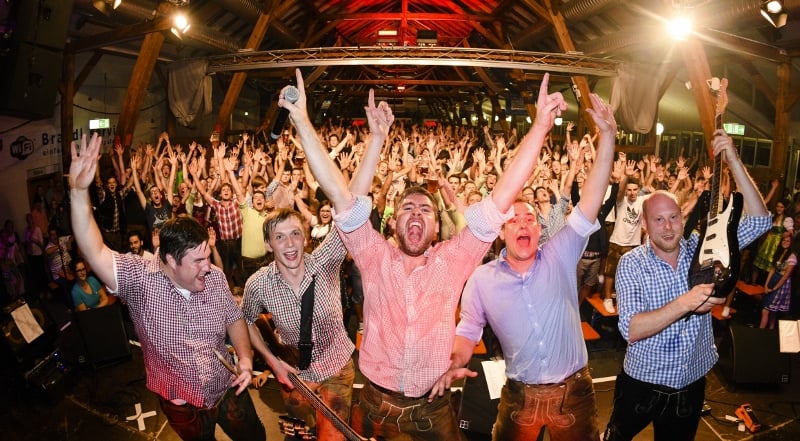 Oktoberfest at Alexanderplatz
This is a free and open plan market
21 September - October 7, 2014
Alexanderplatz 3, Mitte, Berlin 10178
This public square is the place to be for a central location and many beer drinking options for the travellers and tourists in Berlin whilst Oktoberfest is on. As well as many bars and brauhauses in the area turning their tables for the 16-day festival, Alexanderplatz has got the outdoor area covered.
In addition to the many food stalls selling traditional Bavarian cuisine, you can sit on your blue and white chequered tables whilst you drink a giant beer and take in the surrounds of Alex either outdoor, directly in the square, or inside the marquee where they also have live music. A nice little extra is the nightly the Dirndl competition. The Dirndl is the traditional Bavarian dress for the ladies, not sure what they winâ¦.a giant beer perhaps? 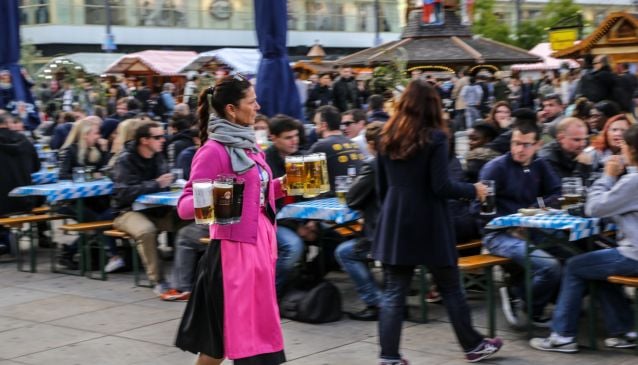 For celebrations to end all (Oktoberfest) parties, head to Die Wilden Wiesn on a Friday or Saturday night, between 15th Septemeber and 27th October, for some serious Oktoberfest fun.
You do have to book tickets for these parties, and a lot of tables are reserved months in advance, however, thereâs always standing tables and a dance floor for those a bit late to the party. And itâs worth it, a huge band in a massive tent, lots of beer and guaranteed lots of Dirndls and Lederhosen around for that authentic flavour. Quick, head to the website and click the reserve button, before it's too late!
Image Â© Die Wilden Wiesen, 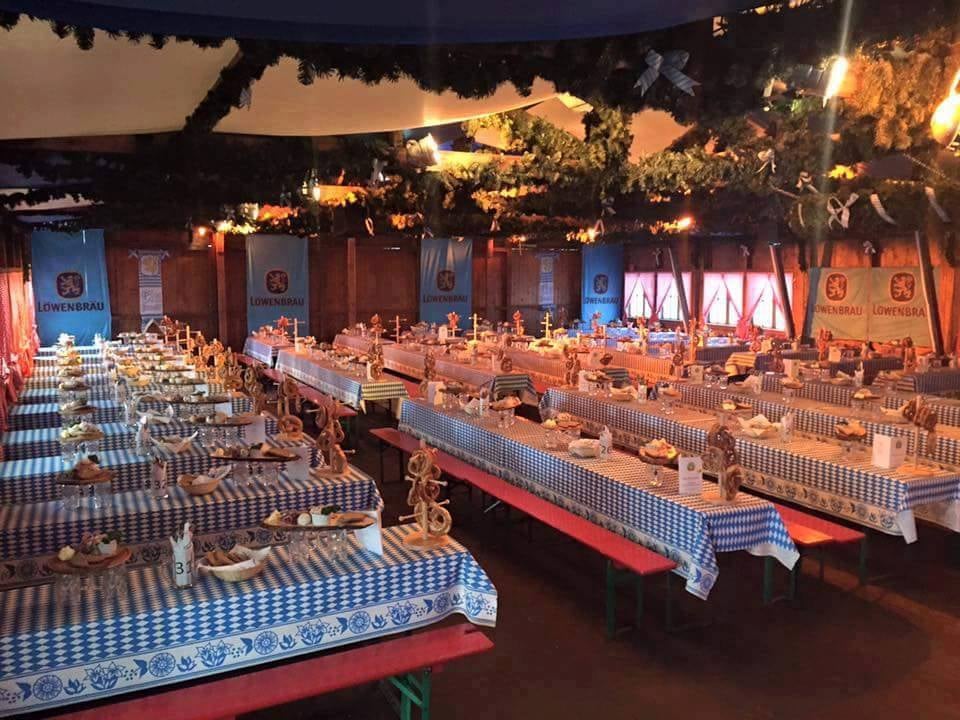 f you need a Bavarian meal to get into the festival spirit, you may as well try to get as authentic as possible. So head to HofbrÃ¤u Berlin for everything Munich, Bavarian and very, very Oktoberfest â esk.
The blue and white is always king here but for this festival, the Brauhaus puts on all the trimmings with bands, folk dancers, even yodelers! Great for anytime throughout the season and perfect for big groups as it's so large inside. They also fun a VIP package to splurge on! It's a good idea to book in advance so you don't get turned away as this is a pretty popular Oktoberfest party!
Image Â© HofbrÃ¤u Berlin 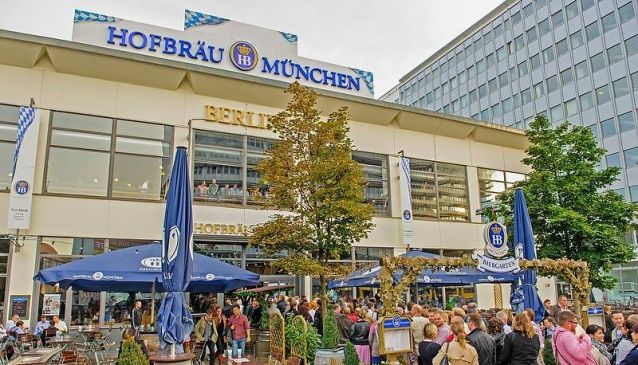 Dress up and come out to the 10th Gaywiesn in Berlin for Oktoberfest. Every Monday night from 6pm you can enjoy the live band, drag queens, and special drag hosts to entertain you and a DJ to dance you late into the evening.
Bavarian food and beer, and lots of happy people from the LGBT community and heaps of fun, right next to Berlinâs main train station, this unique event is sure to knock your lederhosen off.
Image Â© Gaywiesn 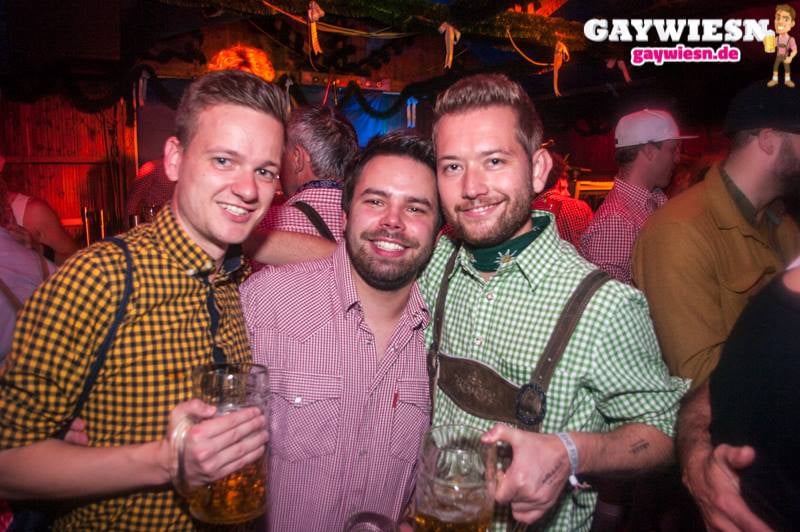