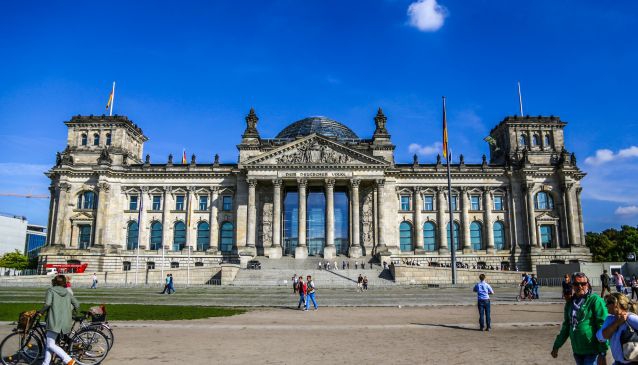 The Reichstag -The German Parliament Building

If you plan on heading up the Dome on the Reichstaggebäude we strongly suggest jumping on their website booking a couple of weeks in advance.

Built in 1894 to house the Imperial Diet of the German Empire it continued to house the German parliament until 1933 when it was set on fire under mysterious circumstances. Hitler used the Reichstag fire as his main justification for instituting emergency powers, turning Germany into a dictatorship until the wars end in 1945.  During the division of Berlin the Reichstag was right next to the Berlin Wall on the Western side however the parliament of the Federal Republic of Germany had moved to Bonn so the building stayed largely abandoned until after re-unification when it underwent a massive restoration and finally in 1999 the Parliament returned.

When the building was restored, the original cupola which had been destroyed by the fire was replaced by a giant glass dome.  The dome is open to visitors and is Germany's second most visited building.  If you would like to visit the dome you first must register in advance.  The easiest way to do this is online.  You will need the full name and date of birth of each of your group.  You can then select a time.  Alternatively, if you haven't booked in advance, you can try your luck at the visitors centre where they give out any remaining spots - There are often very long queues though, so we recommend booking online if you can.

A visit to the Dome is free and affords a unique view of the area, from the Brandenburger Tor and the Tiergarten to the government quarter.  A free audio guide gives you some great information on the Reichstag building itself as well as the buildings located in the immediate area.  The climb isn't a strenuous one, a gently rising ramp runs along inner wall of the dome and can be navigated with a wheelchair or a pram. 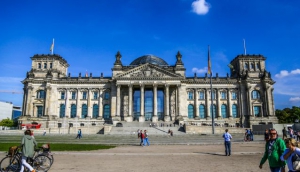