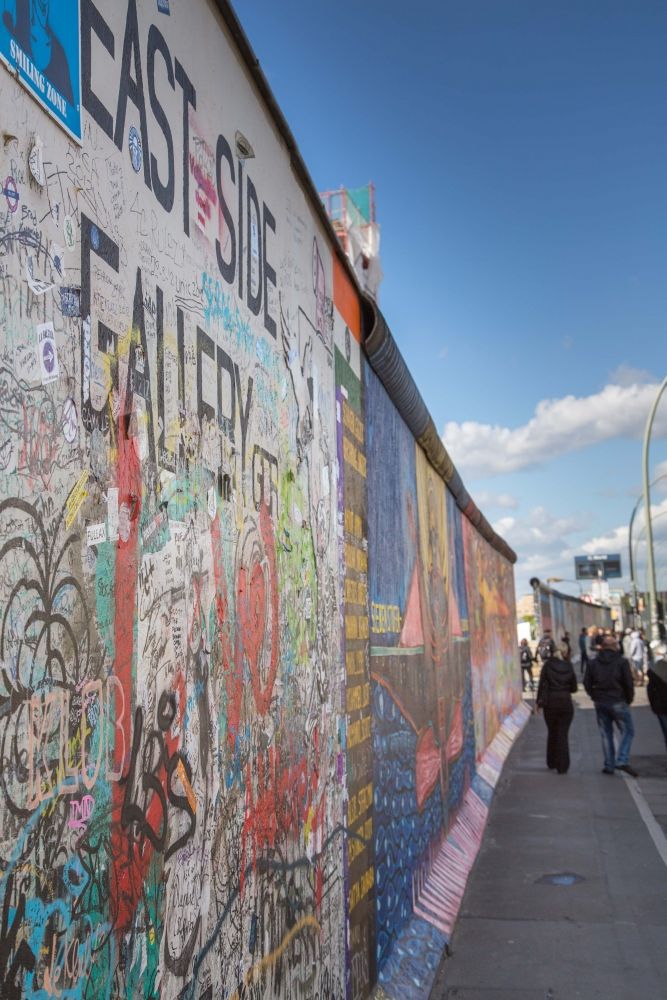 The best time to check out the East Side Gallery is in the morning, while everyone else is still eating their continental breakfast.

Running the length of Mühlenstraße on the bank of the River Spree in Friedrichshain-Kreuzberg is Berlin's iconic East Side Gallery. At 1.3km it is the longest piece of The Berlin Wall that is still standing and this memorial for freedom is officially the largest open-air gallery in the world with paintings from 102 different international artists.

We recommend walking the length of the wall from Ostbahnhof (East rail station) to the historic Oberbaumbrücke at Warschauer Straße.  You'll pass every piece of art, poignant and picturesque, documenting a time of great change, hope, and optimism for the freedom of people all over the world. When you get to Warschauer Straße turn left and walk a few hundred metres to Café Honululu, which is part of the unique Michelle Burger Hotel, for a coffee and a break as you contemplate the wall and its repurposing as a canvas dedicated to freedom.

The East Side Gallery was first painted in 1990 after the re-unification of Germany. By the year 2000 the gallery was showing signs of deterioration. Berliners and tourists alike known as 'Mauerspechte' (wall woodpeckers) would come to chip away bits of the wall to keep or to sell. This, combined with graffiti and the ravages of time and Mother Nature, left sections of the artwork unrecognizable and parts of the reinforced concrete wall stripped back to its iron framework. In 2006 about 40 meters of the wall was relocated to provide access to the river and in 2009 a decision was made to undertake some serious refurbishment. Some of the original artists were offended by the removal of their work and the offer to paint 'a do over'.  When a less than appropriate fee was offered the term 'exploitation of artists' was thrown around and a legal battle is still going on today with one of the original founding artists.

Nevertheless, the Berliners love their Gallery and in March 2013 around 6000 protesters got lively when they began pulling down a section of the wall to make an access road for the construction of luxury apartments.  The irony of a protest against the removal of The Berlin Wall was not lost on many. The protests did gain attention but unfortunately could not stop the inevitable and on the early hours of the 27th of March 2013 construction crews removed a 5m section of the wall. 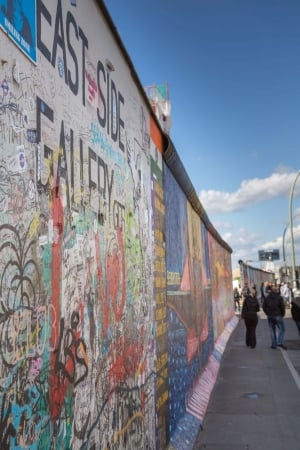 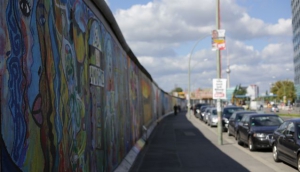