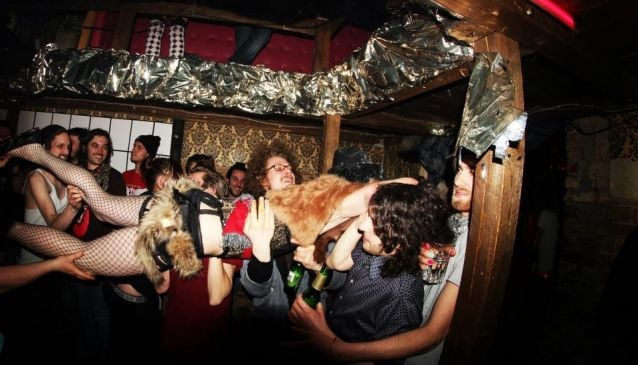 Salon zur wilde Renate feels a lot less like a club than it does an underground party in an abandoned house.  The club is set out over a number of levels with different DJs playing a variety of music and during the summer months you can even party outside, complete with outdoor bar and DJ desk.

The club also has regular theme evenings and usually a good 80% of the guests get involved, adding to the already awesome atmposhere.

Also located at Salon zur wilde Renate is a freaky labrynth designed by artists Karmanoia Experiences entitled Peristal Singum.  Set out over two floors, the labrynth is described as 'a combination of Alice in Wonderland, a playground for grownups and a creepy cabinet with amusement factor'.