When was the Berlin Wall Built?

13th August 1961:  A fence built of barbed wire entanglements was put up overnight, closing the border between the East and Western sectors.  The following day, roads on the Eastern side were ripped up, preventing access for most vehicles.
17th August 1961:  The first concrete and brick elements were constructed of the Berlin Wall.  Soldiers supervised the construction and had instructions to shoot anyone attempting to defect.  This wall was around 2 metres tall and constructed of various different building materials. 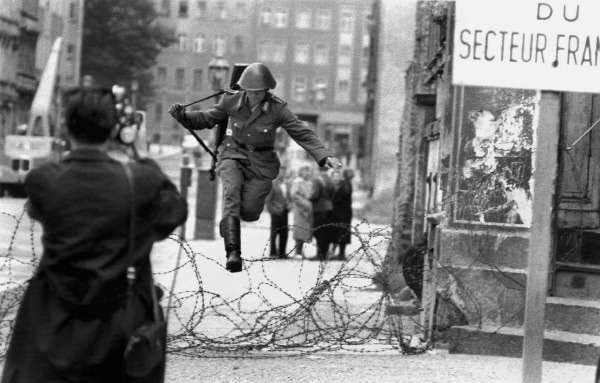 Image:  East German soldier seizes an opportunity to escape over the Berlin Wall (still just a barbed wire fence).
Conrad Schumann leaping over barbed wire into West Berlin on 15 August 1961. Chronos Media GmbH – Getty Images / Peter Leibing
June 1962:  A second wall, known as the Hinterlandmauer, (or inner wall) was constructed further into East Berlin territory, establishing the no mans land which came to be known as the “death strip”.  The outer wall as improved and reinforced over the next 2 years with a second generation wall.
1965:  The third generation wall is constructed, replacing the previous wall.  This version doesn't look much different to the last and is still made of mixed materials. 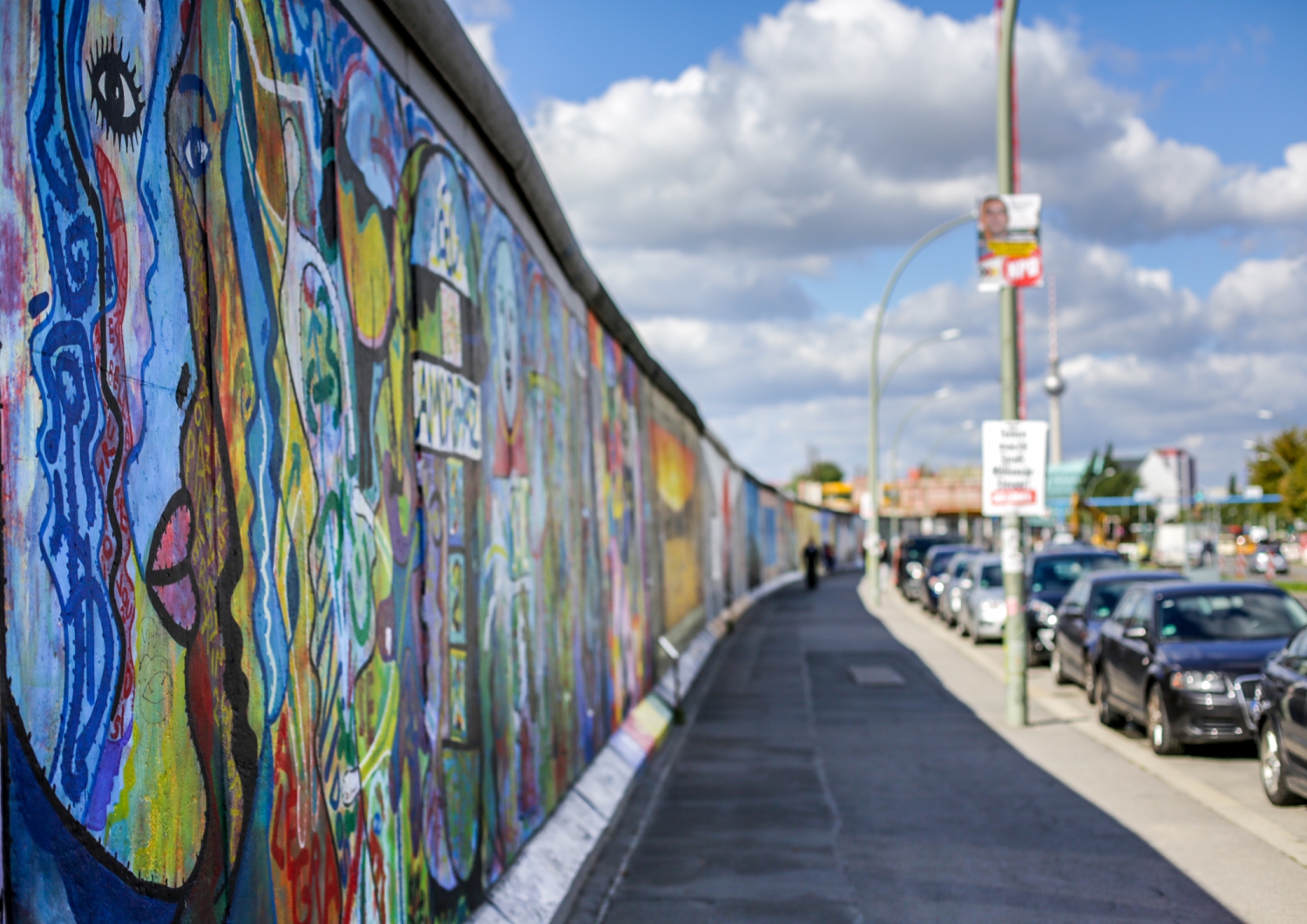 Image:  The East Side Gallery, once a section of the Hinterlandmauer, now a famous open-air gallery and the longest stretch of original Berlin Wall. ©My Guide Berlin
1975:  The final version of the Berlin Wall commences construction.  Officially named  ‘Stutzwandelement UL 12.11’, also known as Grenzmauer 75 (Border Wall ’75), this is the version that is most often seen in photographs and media footage of the Berlin Wall and is also most likely to be the type of Wall preserved in Berlin as well as on display around the world.  It was created after extensive testing and was made up of around 45,000 individual re-inforced concrete L shaped elements.  Each piece was 3.6m high and 1.2 metres wide and was capped with a smooth pipe which made the wall nearly impossible to scale.  Additional security measures included mesh fencing, trip wires, dog runs, anti-vehicle trenches, over 120 guard towers with machine guns and floodlights. 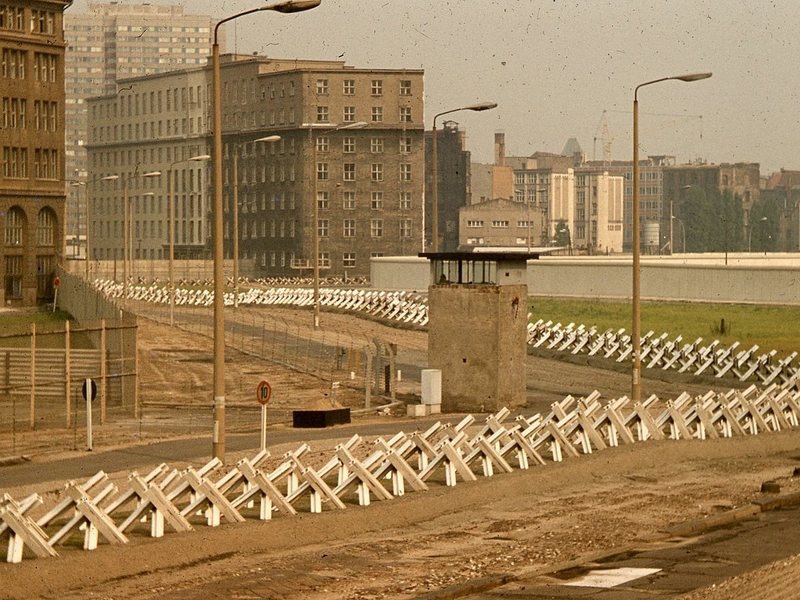 So, as you can see, the question of when was the Berlin Wall built isn't really a quick answer.  It was a structure that evolved as time went by, constantly upgraded and improved upon. Despite being publicly touted as the "Antifaschistische Schutzrampart" (The anti-fascist protection wall), the Berlin Wall had its desired effect of plugging the hole through which between 1950 and 1961 nearly 20% of its citizens escaped.  In the 15 years before the Berlin wall was built around 3.5 million East Germans fled to the west, compared with only 5000 in the nearly 30 years that the Berlin Wall stood making it one of the most effective border protection devices in history.