Berlin is a very multicultural city and is home to a huge number of restaurants featuring pretty much every conceivable cuisine.  Lovers of fine food are in luck with countless interesting modern restaurants including 13 with Michelin stars.  Good food can be found for under €5, and most Brauhäuser (traditional German pubs serving hearty meals) have meals for around €10.  Whether you are looking for a quick cheap meal on the run or a gastronomic experience check out our Restaurants guide for the best of what Berlin has to offer.
Berlin is a great food city for vegetarians and vegans.  There are a bunch of vegan and vegetarian restaurants doing some really interesting stuff.  Also, many of the Middle Eastern and Asian restaurants have some great, tasty vegetarian options on their menus.  If, however, you find yourself at a traditional German Restaurant you may get stuck.  German cuisine is fairly reliant on meat as the main component so if you are heading to a traditional German restaurant or Brauhaus be prepared for some pretty limited options.

Currywurst – A pork sausage, cooked and sliced, slathered in ketchup with a dusting of curry powder – check out our article for more info.
Eisbein – A boiled ham hock, most usually served with sauerkraut (pickled cabbage) sometimes also with apples and onion

Bouletten – A type of meatball made from a combination of pork, beef or veal, much like a rissole or meat patty.  Served hot or cold, often with a bread roll and mustard 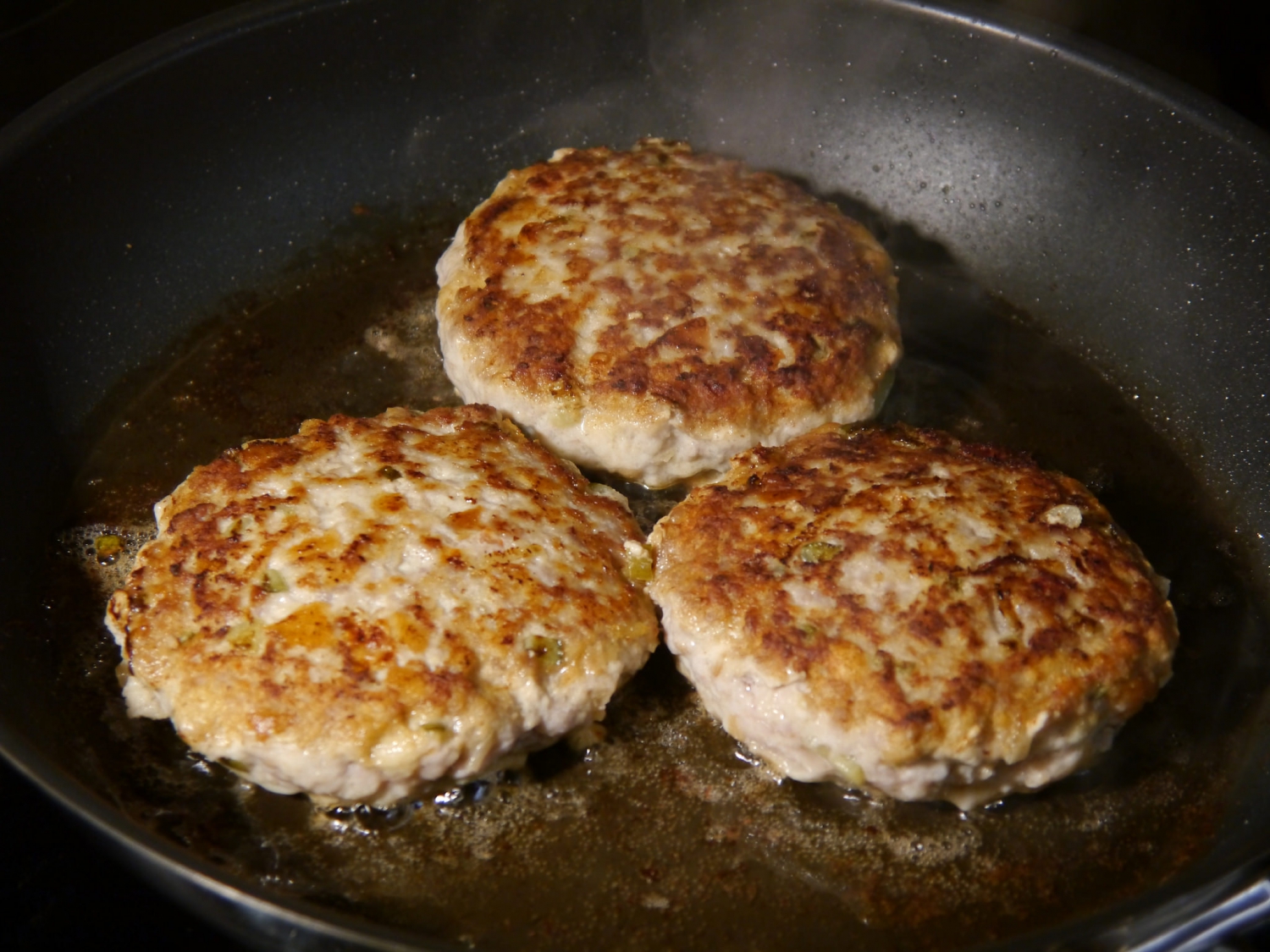 Königsberger Klopse – Meat dumplings made from ground veal, pork or beef. Served with a creamy sauce that is made with broth, flour, cream, egg yolk and capers.  Usual accompaniments are boiled potatoes or rice.
Schnitzel Holstein – A schnitzel made from either veal, pork, turkey or chicken, topped with a fried egg, onions and capers. 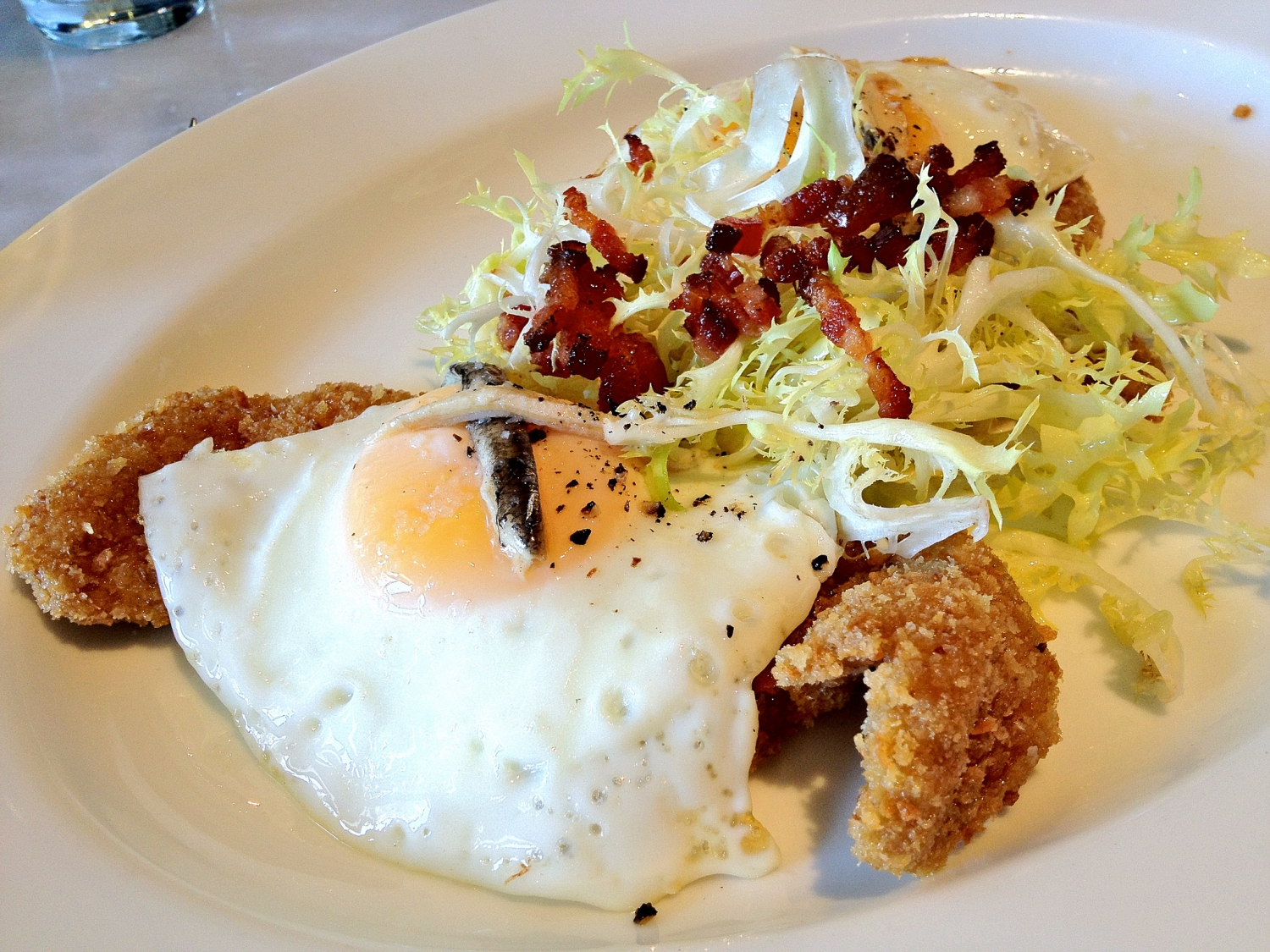 Image © Jeffrey Chiang
Hoppel Poppel – A dish designed to use up left over’s.  Includes meat cut into strips, and then mixed together with potatoes, onions, eggs and seasoning.  This is mostly a home-prepared dish, however, and doesn’t feature often on a restaurant menu.
Kartoffellpuffer (Potato Pancakes) – a delicious fried dish made from grated potato, eggs, flour, salt and pepper.  The pancakes are shallow fried in oil until golden brown.  You will find these at Christmas markets across Berlin in December and at festivals throughout the year. 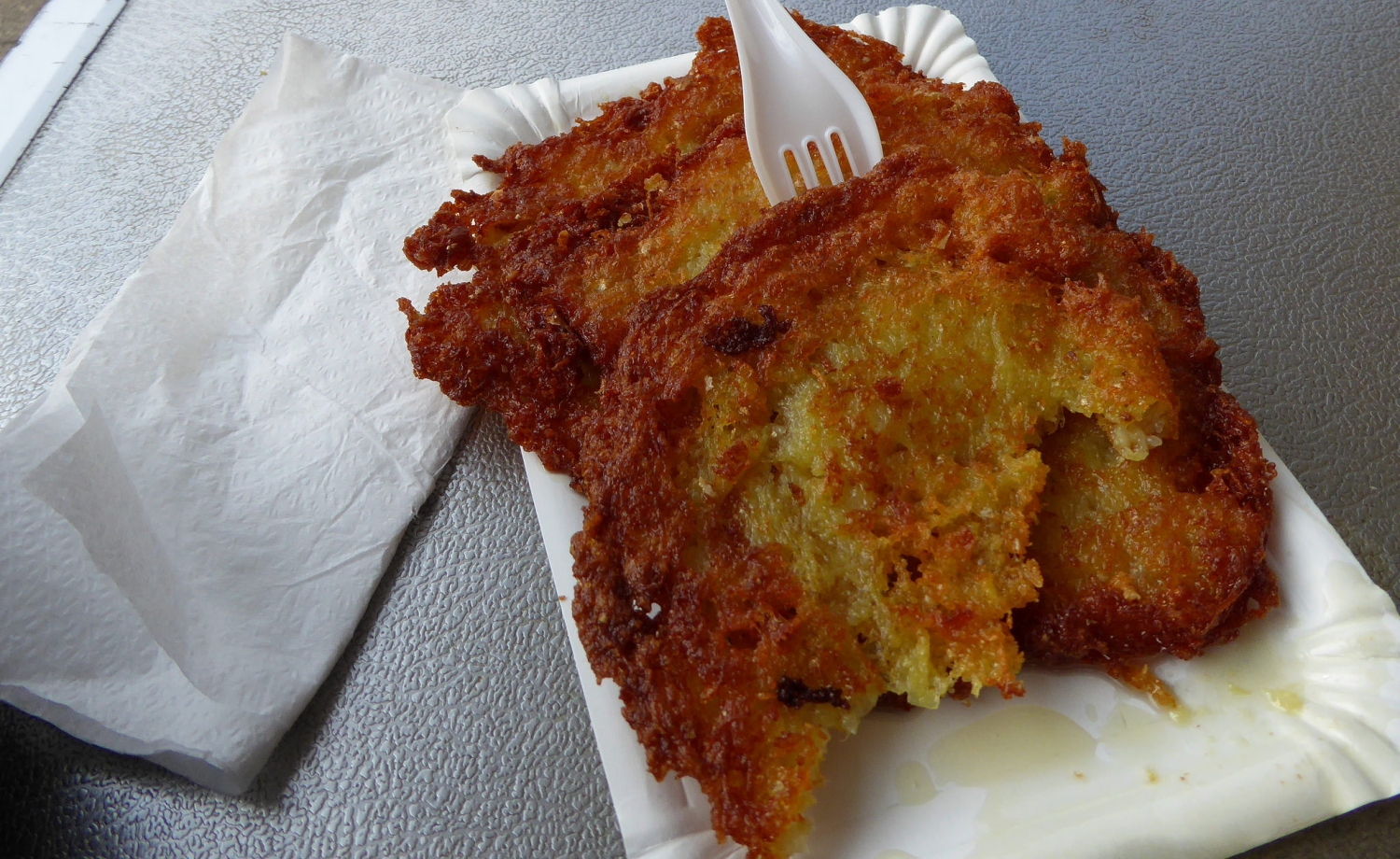 Döner Kepab – Brought to Germany by the wave of Turkish immigrants who arrived as guest workers after the second world war, the Döner has now earned a place beside the most traditional of Berlin cuisine.  An extremely popular takeaway meal, especially on the way home from the pub in the wee hours, it is estimated that there are over 1500 Döner shops in Berlin.
Image: Alex Kehr(Flickr)

Pfannkuchen – known throughout the rest of Germany as “Berliners”, this doughnut-like pastry is roughly the size of a tennis ball and made from deep-fried sweet yeast dough.  They are then filled with jam or custard and dusted with icing sugar.  Best eaten fresh! 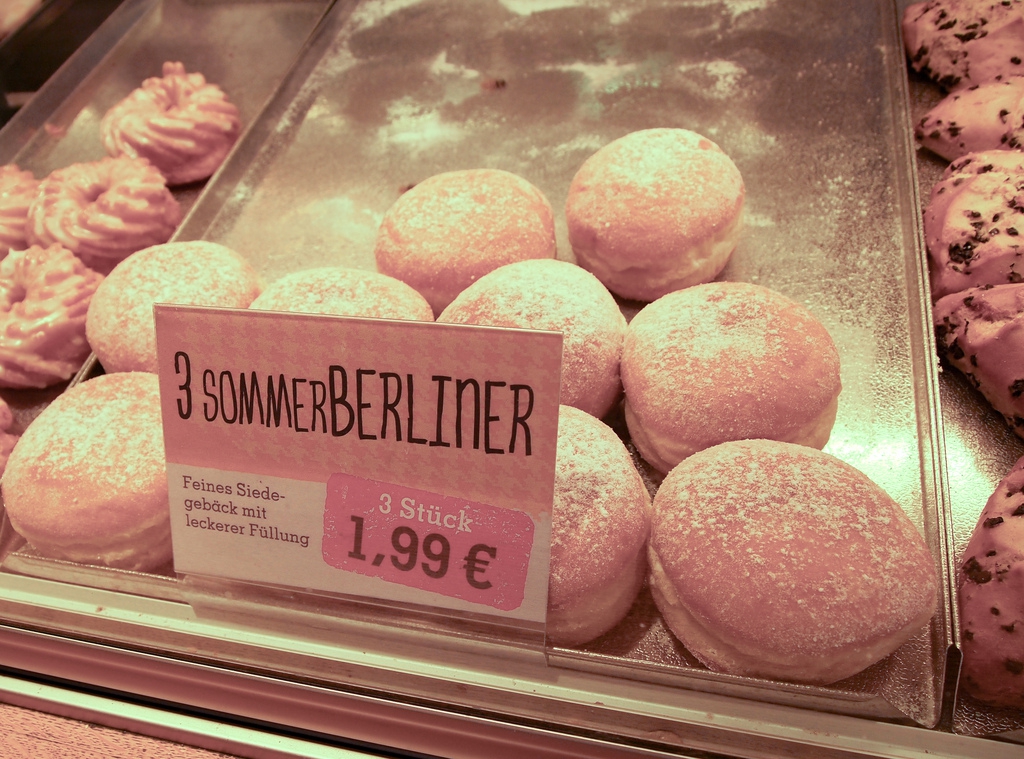