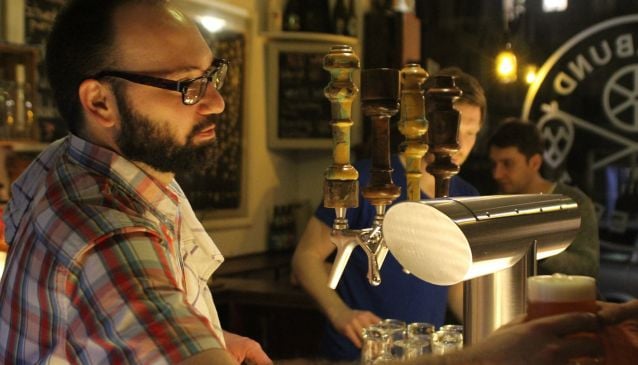 After becoming fed up with the homogenous, mass produced beer available in Berlin, the three American expats behind Vagabund Brauerei decided to start producing their own beer at home.  Over the years their skill and passion grew until eventually, Vagabund Brauerei was born.  After jumping through the hoops known as German burocracy, they finally opened their doors in July 2013 after crowd funding their operation.

They usually have around four delicious beers on tap, including a couple of guest beers and have one of the most comprehensive selections of bottled beer to be found in Berlin.  The Vagabund Brauerei has a great chilled out vibe and attracts a really mixed crowd although is definitely a popular hang out for expats.