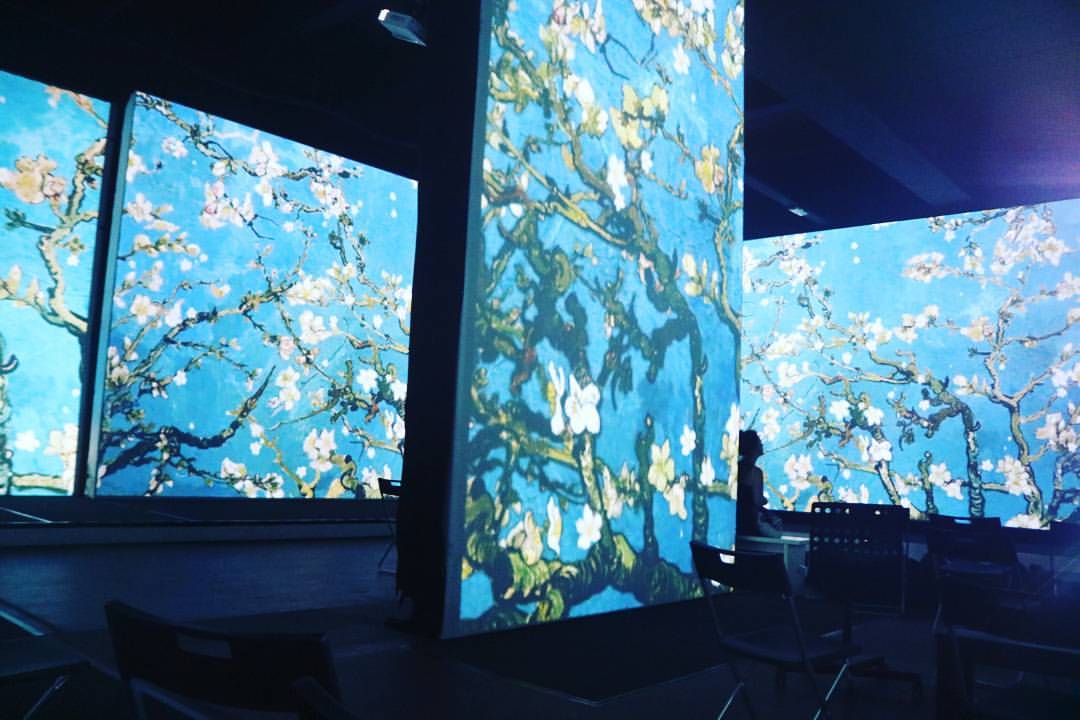 FROM MONET TO KANDINSKY.VISIONS ALIVE – The Multimedia Exhibition

Since July 2017 «From Monet to Kandinsky.Visions Alive» exhibition presents the works of sixteen of the top modernist painters in a unique combination of animated video projections on huge screens going along with appropriate music at Alte Münze Berlin. The show – supposed to end January 28 - counted more than 60.000 visitors up to date. Due to the continuing interest the exhibition will be extended until June 30, 2018.

A journey into the world of art aided by technology
The original and integrated show consists of sixteen short films covering the core images used by Claude Monet, Edgar Degas, Paul Gauguin, Henri Rousseau, Henri de Toulouse-Lautrec, Gustav Klimt, Paul Signac, Piet Mondrian, Amedeo Modigliani, Vincent van Gogh, Pierre-Auguste Renoir, Juan Gris, Paul Klee, Edvard Munch, Wassily Kandinsky und Kazimir Malewich. They all had in common a deliberate rejection of the styles of the past; emphasising instead innovation and experimentation in forms, materials and techniques in order to find visual forms to capture the tremendous upheavals of their time. Their deliberate rejection of the styles of the past unfolded in new art movements like expressionism, abstract art, surrealism and suprematism. In total, the exhibition displays about 1500 pieces of art from more than 20 museums all around the world. The paintings are projected on large screens one after another that bring them to life. See them moving to the rhythm of the music, drawing the spectator into a swirl of color and sound. A spectacular journey to the revolutionary art of the 19th/20th century giving you whole new perspectives on art.