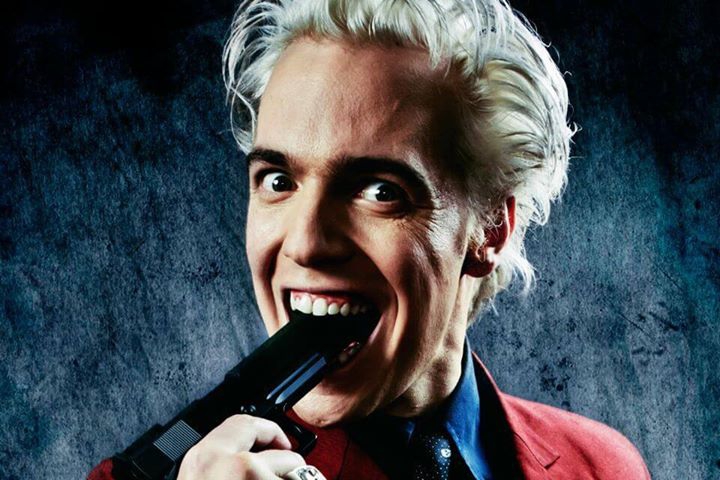 A double stand up comedy show!

Please join us for a brilliant evening of Comedy, in a lovely intimate theater in Neukölln. Each of our two Comedians will do 30 - 45 minute sets: that's only €6 each comedian!!!

I’ve been a stand-up since I was 17. They started paying me that year. I got good at it when I was 23. I got really good at it when I was 26. I’m 32 now and people fly me places to make them laugh.
They should see the shabby airlines they pay for, that’ll do it.
I laugh every time I land and then I kiss the ground the way the Pope used to (but with more tongue, let’s be fair.)
(In fact, I kiss the ground so hard and superbly that wherever I go
the land becomes fertile. Droughts have been broken just
by me turning up.)

“**** his material is edgy, intelligent and smoothly-delivered… this is astute, amoral stand-up for the morbidly inclined” – The Age

“A manic and quick-witted revelation… if you only see one Perth-born set this year, make it John Robertson.” – The Scotsman,

“That he’s a skilled stand-up is plain to see”- The List,

“A hotly- tipped comedian for a good reason… he strides onto the stage giving precisely zero fucks”- The Skinny,

'New Yorker by birth and Berliner by sheer force of will, Marne Litfin is difficult to spell but easy to Google. A newcomer to comedy, Marne worked as a farmhand and once got paid to harvest mussels off a barge before finding stand up late last year. In 2017, Marne was a semi-finalist in Great Britain's So You Think You're Funny competition.'