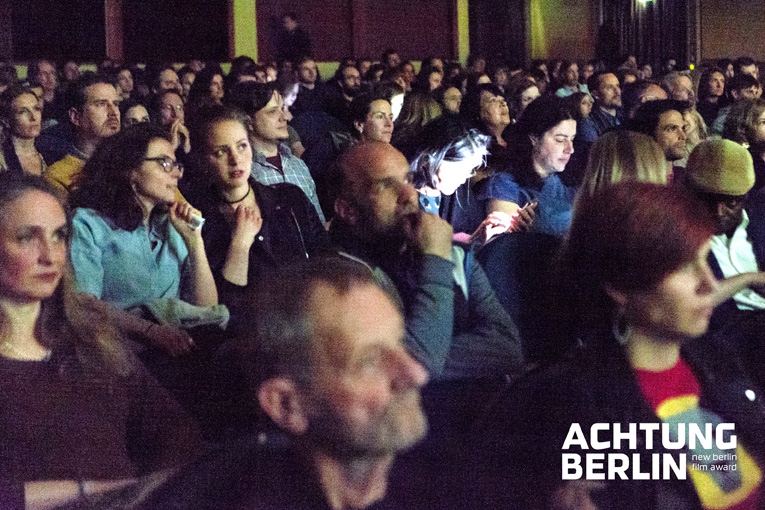 
Film festival Achtung Berlin – new berlin film award presents an entire week full of fresh new movies from the capital: from April 11 to April 18, 2018, over 80 full-length, medium-length, short films and documentaries can be watched on the big screens. All films have been produced and shot in Berlin-Brandenburg.

Competition Made in Berlin-Brandenburg
The Competition Made in Berlin-Brandenburg is the heart of the festival and showcases the most exciting films of this season – including award-winning feature films, political documentaries and (cutting-edge) short films. All films will be presented as first releases, German or Berlin premieres with attendance of the film crew and cast.

Berlin Coproductions, Independent & Documents
The section Berlin Coproductions gives international film productions in partnership with Berlin-Brandenburg a new platform to present their work. The film sections Berlin Independent and Berlin Documents offer a broad place for new creative talents and strong topics – from ‘Kiezdoku’ (documentaries from the ‘hoods’ of Berlin) to Genre-Thrillers. The annual section Retrospective invites movie fans to follow the history of Berlin as the capital city of film since the 20th Century.
Exciting workshops, panel discussions and film parties provide a platform and networking space for the young creative Berlin film scene to exchange their ideas.

Festival
Want to Run Your Own
My Guide Website?
Find Out More