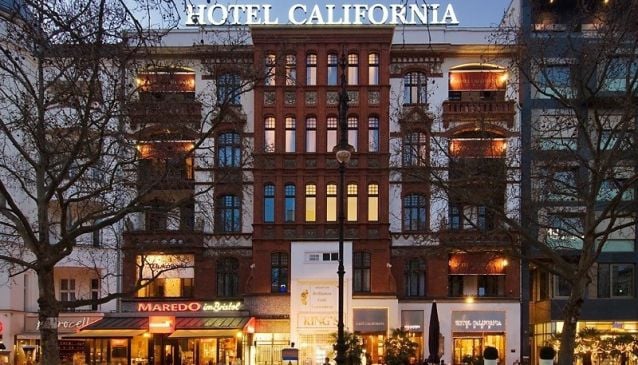 The Hotel California am Kurfürstendamm was started by Bernhard Staudenmeir in 1984 and until 2008, it was located at Kurfürstendamm 35, but the hotel was expanded in August 2008 to include the property next door - Kurfürstendamm 34. This is a perfect location if you want to be right in the middle of shopping, restaurants, cafe's and bars.

Constructed in just under two years, the new expansion is well known throughout the city, with its clearly defined facade of dark natural stone, which is complemented by the bronze aluminum work and protruding bay windows.

The Hotel California is classified as a four-star hotel by the German Hotel and Restaurant Association. They have 155 rooms and suites, a spa, shuttle service, conference room, cafe and bar and often run special package deals on thier website.